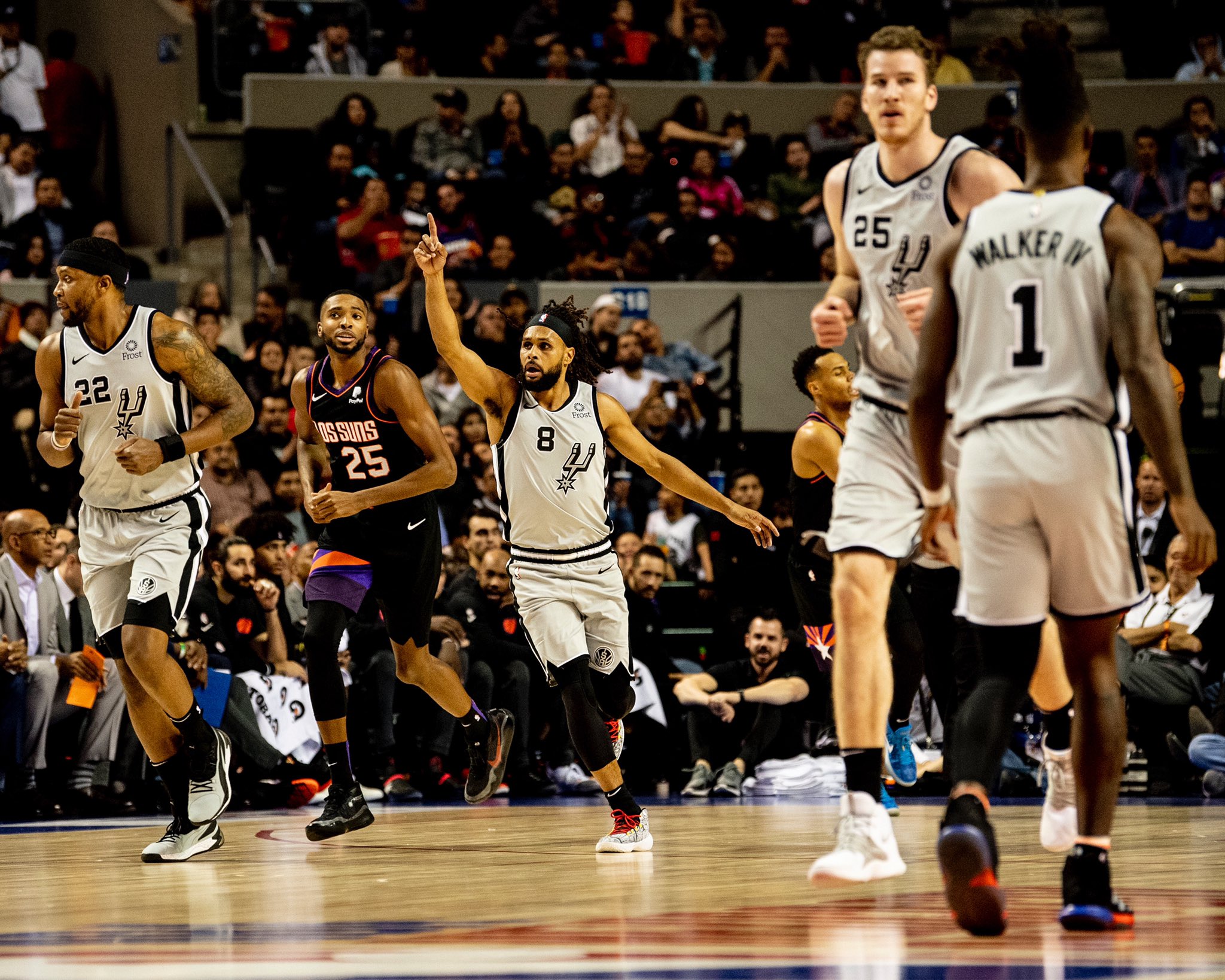 When the San Antonio Spurs were struggling early in the season, rumors of the Orlando Magic’s interest in DeMar DeRozan began to appear, first reported by The Ringer’s Kevin O’Connor. After the initial reporting, though, there have been few-if-any rumors from reputable sources regarding the Spurs’ interest in trading DeRozan or LaMarcus Aldridge.

And while the Spurs are still 4 games below .500, a win against the Memphis Grizzlies on Friday night would give them a 2 game lead for the eighth seed, and as long as the playoffs are in play, the Spurs will likely be reluctant to trade DeRozan or Aldridge.

There are two factors at play here – as I wrote several weeks ago, it could be difficult to trade DeRozan and Aldridge in-season and, as I wrote last week, the playoffs, not rebuilding, seems to be the Spurs’ goal this season, and with good reason.

This changes what the Spurs would be looking for in a deal. If a team is willing to trade a young player who may develop into a solid rotation player, a mid-to-late first rounder, and a bad, but expiring contract for either player, a rebuilding team would consider that deal. A team that wants to stay competitive this season would have a tougher time making that trade, though.

It helps that the Spurs are playing in ways that maximize DeRozan’s strengths now, as well. With Aldridge stretching out to the 3-point line, DeRozan has had more room to operate inside the arc. Over the past two weeks, DeRozan has scored 38.8 points per 100 possessions, the most by any rotation Spur player by over 10 points in that time, on a fantastic 62.9% field goal percentage.

The Spurs also experimented with a starting lineup change on January 4th that put more defense around DeRozan. Inserting Lonnie Walker IV into the starting lineup with DeRozan gave the Spurs two strong backcourt defenders in Walker IV and White.

The downside to this, though, was having all of Patty Mills, Marco Belinelli, and Bryn Forbes come off the bench at near the same time. This bench backcourt was not as strong on defense.

Dejounte Murray was out that game, though, and with Murray back, the Spurs may be able to try playing two of Murray, Walker IV, and White in the starting lineup together with DeRozan and still have one of them play with the bench.

It seems that the Spurs are starting to find lineups that work for them. Walker IV has been playing well, and if Murray and Aldridge can continue shooting the 3 well, DeRozan should be able to continue to produce at a high level inside the arc.

If the Spurs goal for the season is making the playoffs, any trade that involves DeRozan or Aldridge would have to make them better right now, and I don’t know if that trade is out there before the February 6th trade deadline.

The Spurs are notorious for not making in-season trades. I believe one of the reasons for that is how much they value chemistry. While this season started poorly for the Spurs, that chemistry seems to be more developed than it was when rumors of the Spurs discussing trades for DeRozan were being report.

Unless the Spurs go on a large losing streak that takes them out of playoff contention between now and February 6th, I wouldn’t expect them to make a large trade between now and the trade deadline.

All stats from nba.com/stats