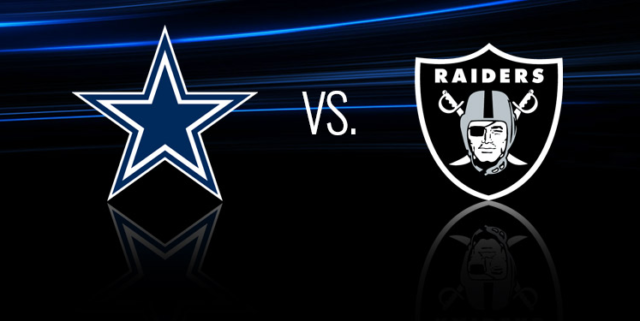 Some groups on Thanksgiving are lunch people, while others are dinner folk. The NFL makes sure each year that no matter what time you prefer to sit down to eat, it will be with a football game playing in the background. Following the first course of the Chicago Bears at the Detroit Lions is what should be a better game as the Las Vegas Raiders (5-5) make the trip to Dallas to play the Cowboys (7-3).

Love or hate the Cowboys, but they’re one of the teams that most people are likely to have an opinion on one way or the other. Rather than causing a stir at the family table over the game, you could let the money talk with a wager from DraftKings. Be sure to check out DraftKings’ new promotions this month, and consider these three prop bets on the game while you’re at it.

It has been a down year for Waller statistically after earning a Pro Bowl nod last season while posting career-highs in nearly every category. One place where he’s seen one of the steepest drops on his stat sheet is touchdowns, where he has just two so far. Waller hasn’t reached the endzone since Week 4, and he’s overdue. Against Dallas could be his time to get over the hump.

Three weeks ago, Waller received 11 targets. It was the most he’d seen since 19 in Week 1, helping him to his most yards since the opener as well. In last week’s loss to the Cincinnati Bengals, Waller set a new high this season with 116 receiving yards. Trending in the right direction, +175 is a solid return on one of the league’s best tight ends.

Like Waller and the rest of the Raiders, Jacobs is having a down year. The teams’ 2019 first-round selection, Jacobs has just 333 yards rushing in eight games played. After finishing in the top 10 for rushing yards last season, his role seems to be more expanded this year. He looks to set a new career-high in receptions as well as yards this season, already surpassing his totals in both categories from his rookie year when he played and started in 13 games.

Las Vegas’ usage of him as a runner and a passer is why the rushing + receiving yards total is the correct play at 70.5. Dallas has given up 100 yards on the ground in each of their last five games after allowing it just once in their first five. Be aware this pick is a trend projection, as this is an opportunity for Jacobs to “get right” on the ground to provide the bulk of his yards. Dallas’ weakness plays well for the Raiders who should look to run the ball to control the clock as well. Jacobs has shown he can carry the load and needs about 14 carries to reach 50 yards. His average of 20 receiving yards per game will carry the rest of the wager.

As quarterback of the Cowboys, Prescott has played on Thanksgiving every year. The only exception is last year when he missed the game due to injury. In the four games he did play, he passed for 275 yards or more just once. For whatever reason, Thanksgiving just isn’t his day, pairing with his 2-2 record on the holiday.

Combining history with his season average of 284.1 yards per game this season, expecting Prescott to throw more than 275.5 yards seems more suspect. Considering that the average is inflated by two 400 yard performances this season confirms the play on the under here. Since returning from his calf injury in Week 8, Prescott has more than 275.5 yards just once, and that was with Amari Cooper who will miss Thursday.