A few days ago, I asked you to send in your Spurs questions via Twitter to @PaulGarciaNBA. Since then, multiple responses have come in and now those questions are ready to be answered in our weekly edition.

The first five questions will be available for free. To see all 10 responses, you’ll have to either be or become a PS Premium member.

No. 1: @LuckyIsCole – Do you think the Spurs trade DeMar (DeRozan) this year?

No.2: @JKVee1 – How much time do you think Lonnie Walker gets and who is the odd man out of the guard rotation you think?

First, as well as Lonnie Walker IV played in the Summer League, I think he’s still not getting guaranteed minutes until he passes either Bryn Forbes or Marco Belinelli for their minutes. If Walker IV comes in and has an impressive training camp and then preseason, he has a chance to pass one of those two players for their minutes because he has the tools to take his game to another level on the defensive end, if he focuses the most there.

Here are some different depth charts I’ve put together. You won’t see Walker IV’s name in most of them, but imagine he is able to push past Forbes or Belinelli for their minutes, then you would just put Walker IV in those places where their names are right now.

If you’re asking how I came up with the minutes distribution, I’m basing the minutes for DeMar DeRozan, LaMarcus Aldridge, and Rudy Gay on last season. I don’t expect those three players to have a dramatic reduction in minutes. For Dejounte Murray, when you look at his minutes in 2017-18 when he was healthy, he only played 22 minutes per night. Considering he’ll be trying to get back to 100% while learning to play alongside several new players on the Spurs over the last two years, I decided to stick with 24 minutes for him. Now, here are some notes on each of the lineups.

Lineup A – This is the lineup I expect the Spurs to start off with early in the season to see how Murray and White can handle playing alongside each other offensively. While defensively this is their best 1-2 punch, it could hamper them offensively with limited spacing unless they prove they’re able to knock down wide open 3s at a respectable rate. For Walker IV, he’s looking to get those minutes from either Forbes or Belinelli off the bench.

Lineup B – This lineup is that scenario where White and Murray can’t provide enough spacing offensively and the bench is missing a playmaker, so the Spurs swap Forbes in for spacing at the two and White off the bench in the ‘Manu’ role to become the key playmaker for the second unit. Walker IV would be trying to take the minutes from Forbes or Belinelli once again.

Lineup C – This is the more traditional lineup in the event Coach Popovich wants to go with Aldridge at the 4 and Jakob Poeltl at the 5. Minutes become much more limited and Walker IV’s only chance of getting playing time would be to pass Forbes for his minutes.

Lineup D – There’s another wrinkle to Walker IV getting minutes, and that’s if Forbes can take Patty Mills’ role away and become the primary backup point guard. If that were to happen, Walker IV could probably get instant minutes off the bench at the 2.

Short answer: Walker IV can get 13-20 minutes per night in my opinion if he can move past one of Forbes or Belinelli in their role.

No. 3: @Josue_jr2 – Which player can impact greatly the wins and loss projection depending on his performance?

This is an excellent question to use the Player Impact Plus Minus Career Projection Tool from Bball-Index.com. In the table below, I’ve provided the expected wins added for next season from each Spurs player and their chance by percentage of having an All-Star level impact.

Something to keep in mind regarding Walker IV’s low projections are that this information is based off his rookie season production, where he rarely played and most of that time was in garbage time. Walker IV could end up providing more upside if he’s given a real opportunity at minutes and a role.

No. 4: @Kreese2121 – SAS was limited last year by players who were either good offensively, and bad defensively or v/ versa. This year our rotation will be able to play both ends of the court. Where do you think we land offensive and defensive efficiency? Top 10 of each out of the question?

I actually don’t think either is out of the question, but it will depend on how well the team is able to maintain their offensive efficiency while losing a good shooter in Davis Bertans, but bringing in a decent shooter in DeMarre Carroll and a non-spacing perimeter player in Murray. Murray will be the biggest key. He and White could help the Spurs get back into the top-10 defensively, but how much will the team struggle offensively with both of them out there for a lot of minutes.

With Murray coming back and with the addition of Carroll, the Spurs realistically could get two points per 100 possessions better defensively. The question will remain how much their defensive players can be a positive in offensive efficiency. My guess this early on, 10th on defense and 14th offensively.

No. 5: @Spurs_McNulla – Are the spurs deep enough to increase load management?

No. 6: @ItsFunToBeGreen – How will RC’s role change? How do Spurs create a culture of positivity in a league full of negativity?

No. 7: @Normandie_Spurs – Could the Spurs be at the same time a top 10 defense & offense in 2020? Considering the addition of DJM, LW4 & Caroll in Def but the loss of Davis who was a major in offensive advanced stats & the others 3pts shooters being part of loaded rotation at guard in Off

No. 8: @BTHS_Mahin – Do you see Bryn Forbes or Lonnie Walker becoming official long term starters, and why?

No. 9: @JimmyT29 – How many 3’s Bertans make last season, that impact in wins?. . Who will provide that timely shooting in games this year?..

Davis Bertans made 145 threes last season, which was fourth in total makes among Spurs players. As for his impact on wins, there’s two metrics I’d look at. First, according to CTG, when Bertans was on the floor, the Spurs were +10.4 points per 100 possessions better. That doesn’t fit the eye test though when you consider he was primarily a spot-up shooter coming off the bench. So, when I looked up his expected wins added for this coming season, it’s only at +2.70, which means he only has a 2.2% chance of providing an All-Star level impact for the Wizards this coming season. This metric fits more to Bertans’ role as a player off the bench.

As for who will provide the shooting, that’s going to be primarily on Carroll (106 made 3s last season), Gay (74 made 3s) and White (48 made 3s). It’s important to remember that while losing Bertans’ spacing for the regular season may be a problem, he didn’t have much of an impact in the playoffs where Coach Pop gave him two DNPs during the 7-game series with the Nuggets.

If you’ve seen my responses to a few of the other questions about lineups, I think it needs to be Murray and White. They provide so much defensively that will help the Spurs get out of being a bottom 10 defense. They can both switch against teams that have two playmakers on the perimeter like Houston. They also make it harder for opposing offenses to target the Spurs’ defense, since one of them will be in there for Forbes, and DeRozan would be the only defender teams might try to target. For all the upside they’ll bring defensively, the question would remain how much will the offense struggle if they both have trouble with wide open 3s? 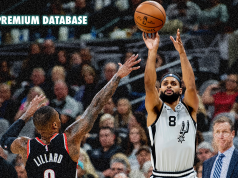 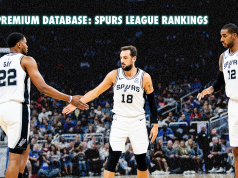 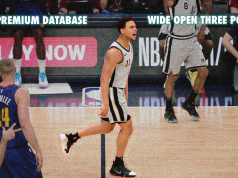