A few months ago, Bruno Passos from PoundingTheRock.com had asked me if I knew what play the San Antonio Spurs were running when they threw the ball to their center above the free throw line and the point and shooting guards made an X-formation around the center to try to get a layup.

At the time, I couldn’t recall having seen that play. Since then, the Spurs have continued to run the play mostly when their two top passing centers Pau Gasol or Joffrey Lauvergne are in the game.

After seeing San Antonio run the set as recently as Monday against the Magic, in a game the best betting sites favored the Spurs to win, I was eager to figure out what play they were running and how it works.

After doing some research on the Spurs’ film and also by studying some of their plays from past seasons, it looks like the Spurs have made an adjustment to one of their older plays from 2013 called Center X.

Here’s the original Center X diagram that looks like it was a dribble hand-off action intended for Kawhi Leonard or Stephen Jackson at the time. (H/T BluePrintBasketball.com for the original play) 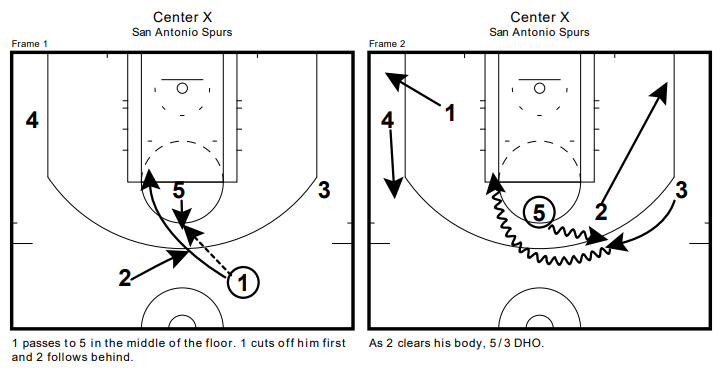 Today, it looks like the Spurs have kept most of the same routes for Center X, only today, they’ve added a FLOPPY wrinkle in the event that 1 or 2 does not get a layup as the first option. 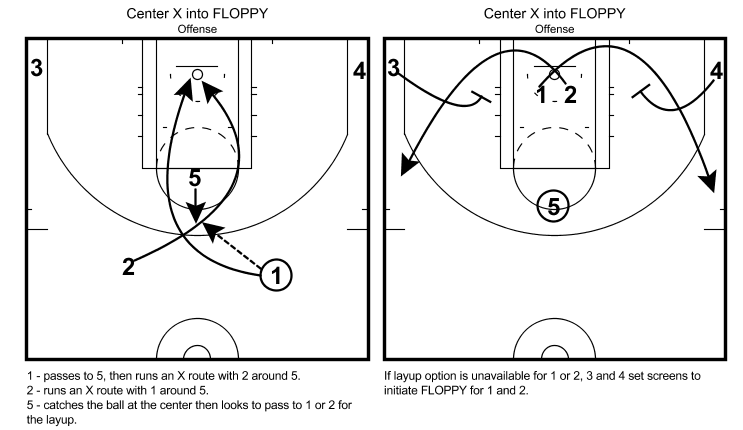 Here are some video clips to show today’s Spurs using the play in action.

So, when you’re watching a Spurs game and you see the ball delivered to the 5 at the free throw line and two guards cross like an X, you can now see what the first and secondary action are meant to do.