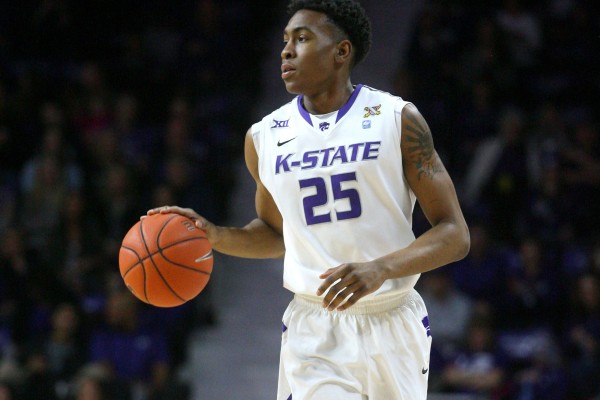 The NBA Draft is approaching next week so we have come to our penultimate prospect to watch heading into June 22. This week it’s Kansas State’s Wesley Iwundu, who has been gaining some steam with his workouts and has been the subject of some NBA Draft Twitter talk as people like him as a second round pick. Here are some of his measurables:

Iwundu flew under the radar this year for Kansas State because there were so many great players in the Big 12. Frank Mason of Kansas was the Wooden Award Player of the Year and Josh Jackson is likely going in the top five of this year’s NBA Draft. Iwundu’s still a solid player and falls into that “positionless” category teams like to see from players. He can guard two to three spots and has a great wingspan that most good defenders have.

The former Wildcat scores well on the move, is a solid athlete and is a good rebounder for his size. The Spurs always need rebounding and if they can get it from a surprising spot on the floor, then that’s certainly an advantage. He likely won’t start locking people down immediately once he steps on the floor, but he could become that guy.

Iwundu’s defense is far and beyond his offense right now, but that can be worked on with proper coaching. Iwundu has shown that he can improve his shooting as he’s tweaked his mechanics each year and has shot a better percentage each year even as he’s taking more shots. He would not be a reach at 59 at all and could be a domestic draft and stash a bit if they let him play with the Austin Spurs.