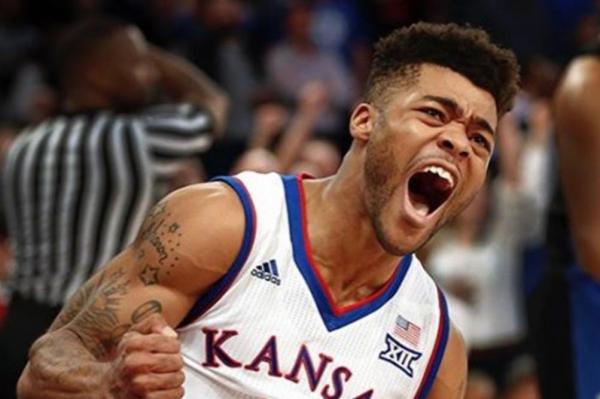 The San Antonio Spurs began their Rodeo Road Trip in Memphis on Monday night and while the result was less than ideal, the team is still poised to end up with 40 and potentially even 43 wins around the All-Star Break. That means they are destined for the playoffs and are on pace for over 50 wins this season (again). That also means that they will need to do some next level scouting to find their next diamond in the rough late in the first round.

That’s presumably why you clicked on the link to bring you here. This week’s college prospect to watch is Kansas point guard Frank Mason. While his size might scare some scouts, his heart and his ability to make shots shouldn’t.

Here are his measurables:

Mason was initially supposed to go to Towson (home of famous irrational confidence man Gary Neal), but he didn’t qualify academically. So, he spent a year in postgraduate school and caught the attention of the Kansas staff. He didn’t play much in 2013 (his freshman season) because of Naadir Tharpe playing point, but he took over the next season and has never looked back.

Mason has become one of the smartest, fastest and most reliable floor generals in the Big 12, if not the country. There are plenty of analysts who have no idea where Mason might land, but most agree that he has played himself into the NBA Draft and I think he could be a great second round steal if he doesn’t get taken in the first. You saw his three-point shooting percentage and that could be a huge weapon as he’s able to not only shoot off a pass, but can pull up and create his own shot.

Mason is lightning quick and can get to the rim almost at will, finding angles other players can’t even fathom. He leads the conference in free throw attempts because of his aggressiveness and willingness to throw his body into defenders. He also converts a decent amount of shots at the free throw line, shooting 75.5 percent there (a number which will have to improve).

While Mason might not be the most ideal guard to draft, his shooting and basketball IQ can make up for a lot of areas of where he needs improvement. He’s being talked about as the best player in college basketball and has been nominated for the John Wooden Award given to that player at the end of the season.