Projecting odds and timetable of a Leonard return 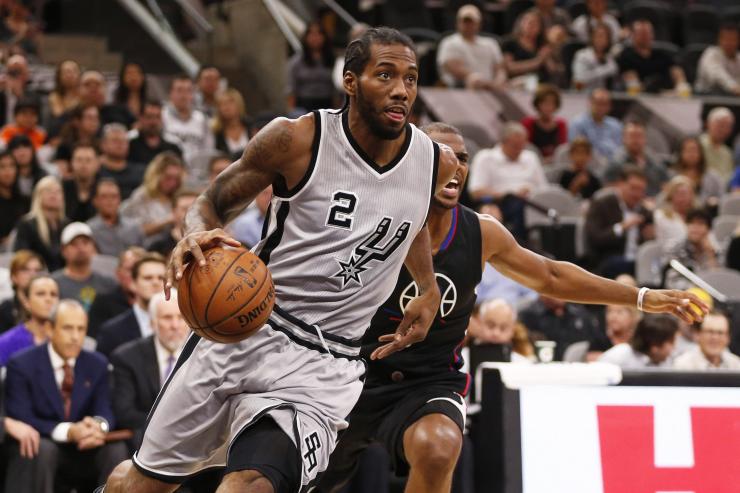 Aside from saying he and the team had no friction and that he wants to retire as a member of the San Antonio Spurs, the two-time defensive player of the year said he’s working hard on his recovery and expects to be back on the court soon, although he won’t play on the Spurs’ three-game road trip.

So what are the odds that Leonard does indeed return to the court before the Spurs begin the playoffs?

“The odds that Leonard returns to the court at some point this season are about 1/9 (90%). It’s an odd situation: he’s been cleared by doctors and is just waiting until he personally feels comfortable. If he returns at full capacity, the Spurs instantly become the third-best team in the West. But that’s a huge if, and they would still be well behind the Warriors and Rockets in the 2018 title odds. Sitting at roughly 40/1 (2.4%) on most betting sites at the moment reviewed by SportsBettingDime.com, don’t expect San Antonio to climb much higher than 25/1 (4%) or 30/1 (3.2%) when Leonard comes back, unless he looks like vintage Kawhi.”

As with most players after injury, it takes time for them to not only get comfortable on the court but also return to form. As has been the case with the Spurs, Gregg Popovich and his staff also don’t return player to heavy rotation minutes right away, so whatever time is left in the season when or if Leonard returns will likely be dedicated to working him back in slowly.

Aside from finding a comfort level and regaining his stamina, the Spurs will also have another large task in working the all-star forward into the rotation and into a game plan that you’d definitely expect to change by bringing a player of his caliber back.

The Spurs have relied on LaMarcus Aldridge all season, and Aldridge has performed reliably, even if the Spurs are struggling as of late. Other players who have also gotten more minutes and bigger roles will also see changes, especially in the case of Kyle Anderson.

The Spurs’ remaining schedule is not kind, and this is not a situation where they can coast with no danger of losing a playoff spot. Playoff positioning has been changing on a daily basis in the Western Conference and the gap between the third and ninth seed is narrowing, so there are many factors in trying to determine where the Spurs will be with a healthy Leonard.