Duke basketball is going through a transition with a new coach in Jon Scheyer. That doesn’t mean, however, that the recruiting has not fallen off at all. In his first year as coach, Scheyer pulled in the top-ranked recruiting class, a number of whom were on our one-and-done list that went out earlier this summer. Four of the 10 recruits (including transfers) are rated as five-star players, and could all conceivably enter the NBA Draft after one season in Durham. If that holds, Scheyer could produce quite the collection of potential Duke freshmen draftees for 2023.

The Blue Devils could be the most talented team in the country this year. If you’re a San Antonio Spurs fan, you should be watching them. French product Victor Wembenyama and the G League’s Scoot Henderson are the clear cut top picks in this class. Still, there’s plenty of great ones who can vie for the third through 10th picks. This is where the Spurs are likely to end up if they somehow don’t get a top-two pick. The four Blue Devils below have the best chances of getting drafted by the Spurs. In parentheses is their rankings according to 247Sports.

The 7-foot-1, 215-pound phenom is likely to be the first collegiate player off the board in the 2023 NBA Draft. That will be especially so if Lively delivers in big moments and in big games for Scheyer this year. He can run the floor, he’s an excellent lob target, has solid post footwork, and has a burgeoning jumper.

Lively moves incredibly well at his size, which should help him guard some smaller players. He has long arms, which have been great for protecting the rim and bothering all of the shots in his vicinity. Lively will have to put on some weight to be a more effective paint presence, as he will probably get pushed around at the NBA level with his current build.

His three-point shot isn’t consistent yet, but it has the makings to be a weapon for him down the road. While that may be a struggle for Lively now, he has his post game to lean on for safety. He has a few go-to moves and he looks smooth and comfortable when he posts up against anybody, nevermind smaller guys. Lively favors going over the left shoulder a bit, but can go either way with a baby hook. He pivots well and uses counters to his advantage as well.

The 6-foot-6, 190-pound wing is a two-and-a-half-level scorer. Whitehead is comfortable shooting everywhere on the floor. With some work needed in the mid-range, he isn’t afraid to pull his shot from deep. Whitehead drives hard, but knows when to stop, pop, and flip up a floater. He has excellent body control and a quick shot when he decides to pop from a standstill – a move he utilizes often to catch defenders off-balance.

Whitehead cuts well and uses screen fairly well both on and off the ball. He’s better with on-ball screens as he mixes up when he runs his defender into one or denies it altogether, catching his man already trying to get through the screen or off-balance. He can finish through some contact and is a little creative in getting around guys at times, but he doesn’t do that often.

What cannot be stressed enough is that Whitehead is an explosive athlete who can play above the rim. He may have to work on the mid-range a bit, but should have plenty of chances to do that in-game as one of the major focuses of the offense for Duke in the 2022-23 season.

This 6-foot-11, 220-pound big man might look like a classic back-to-the-basket player, he has a nice shot and could be a major floor spacer at the next level. He’s got major Plumlee vibes as a guy who will energize a crowd and make some big plays for the Blue Devils next year. I don’t know if it’s possible to play him and Lively together, but they will be challenging each other. Those practices might be better than a lot of games we get to see on television.

Filipowski is a smoother shooter, but a little slow otherwise. Though he handles the ball pretty well at his size, getting faster should be a priority for him during his time in Durham. He has a lot of Duke qualities in that he plays hard, you could see him slapping the floor a lot, and he’s going to get Cameron Indoor rocking with a few plays every game.

While he may not use it all the time, he has a great post game and can get almost anything he wants down low. Filipowski has some spin moves, can fade away, and overpowers defenders at times. He’s fun to watch and might be a big man’s Grayson Allen as he likes to be vocal and can agitate opponents.

The 6-foot-8, 215-pound freshman may be the only true power forward on this team. That could easily make him more valuable than people realize, or it could make him the odd man out. As no games have been played yet, we don’t know how coach Scheyer likes to rotate his guys.

Mitchell’s got functional athleticism, can be explosive off two feet. Additionally, he plays well with both hands despite being a natural lefty. He makes plays off the dribble, gets to the rim, and use his strength to finish those plays at the rim. Mitchell has been stepping out to shoot the three more often, but will have to show more consistency at the collegiate level.

Able to defend multiple positions, Mitchell is an excellent rebounder, and can play in the post when needed. He slashes well to the basket and has a nice feel for the game. While he’s not known as a great playmaker, Mitchell’s versatility as a combo forward should come in hand for Duke.

This 6-foot-5, 180-pound point guard attended the NBA Global Academy and was committed to Duke for the 2023 recruiting class. Instead, he reclassified and could become the starting point guard this season if he outplays junior Jeremy Roach along with a few other guards who are on campus.

Proctor is coming from the Josh Giddey and Dyson Daniels pipeline, so there are some good feelings about that. Both of those guys went in the top-10 of their respective drafts. Proctor will have to become a better shooter, but is more of a pure point guard than either of the previously mentioned players. He pushes tempo well and is mature at his age. A solid playmaker for his teammates, he is pretty unselfish to boot.

With his skills, Proctor has the chance to be a great perimeter defender. He moves his feet well and plays close to the ball handler, and should have plenty of opportunities to show that at Duke this season. There’s an outside chance that Proctor declares for the NBA Draft after this season and could be a first-round pick. With some strong showings and marked improvement on his jumper, he could find himself inching closer to the lottery. 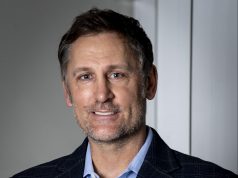 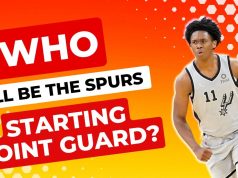 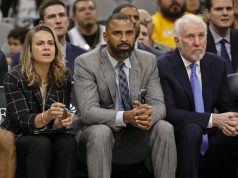