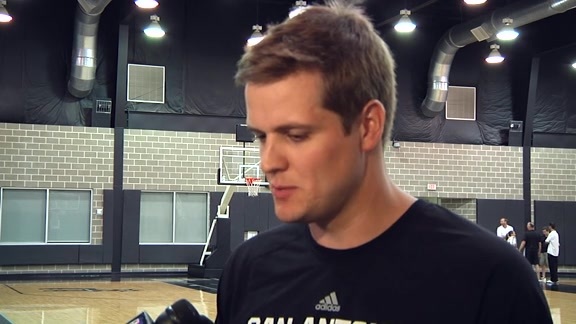 Once again, the Summer Spurs led for most of the game and this time they pushed back a late rally from the Summer 76ers to post a 101-95 victory in a high scoring affair on Sunday night.

If you missed the game, Collin Reid will have a recap to help you catch up.

After the game, Summer Spurs head coach Will Hardy provided some interesting observations on the team, both on and off the court:

The Summer Spurs have a rest day today and take on the Blazers on Tuesday at 1pm PST.