Ok, not really, but apparently someone had some fun in Photoshop (via Nicolas Batum's Twitter account) with an Avengers-themed composite image with members of Les Bleus as Blue Avengers.

Parker, obviously the team captain, is set in the role of "Captain America," or perhaps "Captain France" in this case. Diaw is donning the "Thor" uniform and hammer. Unfortunately, Nando De Colo is just cast as himself in the French national team uniform. Apparently Batman (who is not an "Avenger" nor part of the Marvel comic universe) has also joined the "Avengers" in this image.

Follow the jump for the full poster in all its glory. 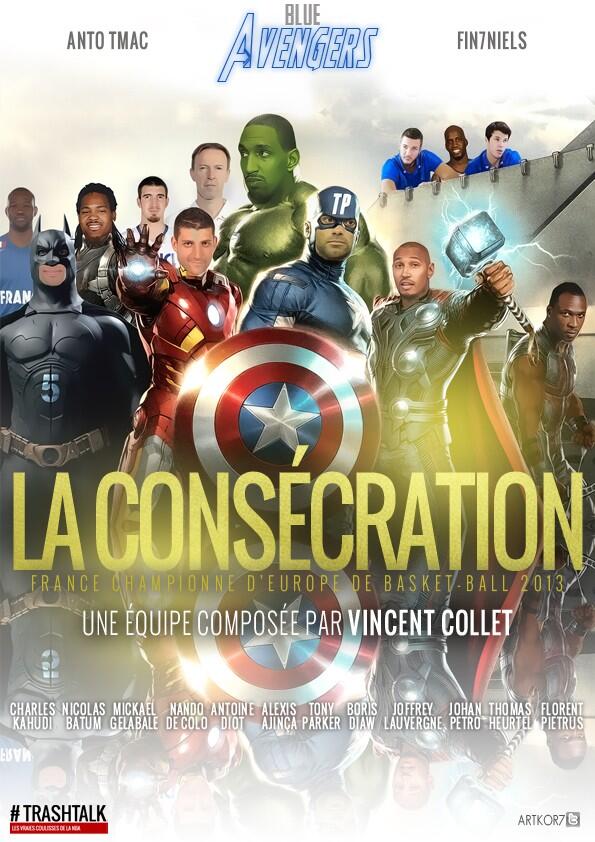