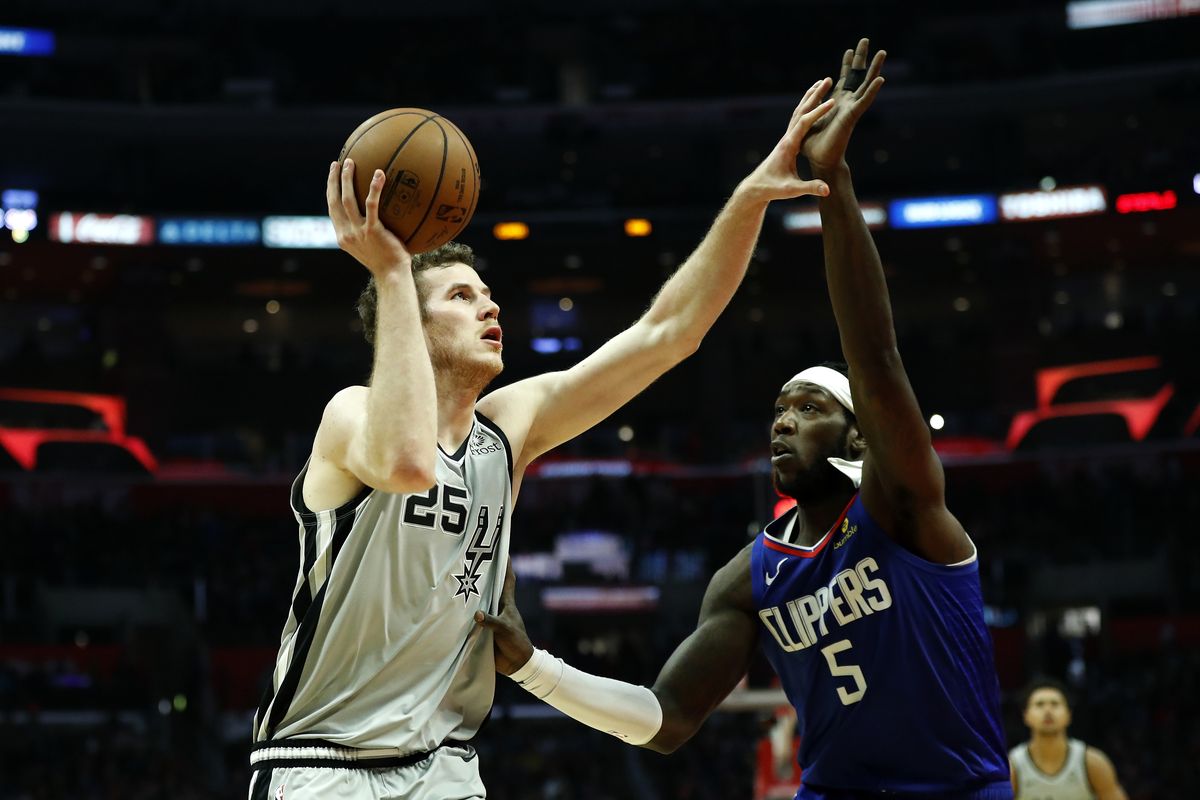 The San Antonio Spurs have one practice remaining today before their first scrimmage against the Milwaukee Bucks on Thursday.

Patty Mills and Jakob Poeltl spoke with the media about the upcoming scrimmage and they answered a few other questions.

“The excitement levels are huge mate,” said Mills to the reporter asking the question. “The amount of juice in the building.”

Mills said the Spurs’ practices have been competitive and added, “everyone’s pumped to get out there. It’s good to come up against the Bucks in our first scrimmage.”

“I’m looking forward to the scrimmage,” said Poeltl. “To test ourselves against somebody else.”

“I’m very excited for the juice to come back,” continued Poeltl. “We’re all itching for live basketball. It’s definitely going to be fun.”

Considering the season was suspended in March, Poeltl is glad to be playing competitive basketball again months later. “I’m very appreciative. It’s been a weird couple of months for everybody. It’s obviously great for us to get back to work.”

The Chase for the Playoffs

“We’ve got to start from ground zero again,” said Mills of the Spurs using the restart almost like it’s a new season. “New stages for every team here.”

Mills was asked how important it is for the Spurs to make the playoffs, where they’ve been in the postseason for 22 years in a row.

“It’s important, it’s one element of the San Antonio Spurs organization,” said Mills. He said the playoff streak shows “how well its (the Spurs) done over the course of a couple of decades.”

“It’s one of those things where it’s not going to change how you approach next season. For us as players, we always want to accomplish something.”

Mills said the team will “look at the big picture” in their goal of trying to make the playoffs while also developing their “younger athletic talented core group we have” who will be the future of the team.

Mills said the Spurs want to treat all eight seeding games with a playoff-like approach.

The Spurs will be without two key rotation players in LaMarcus Aldridge and Trey Lyles for the restart. Poeltl said he and the team will have to increase their responsibility with Aldridge and Lyles out.

“I feel like I want to step up,” said Poeltl. “I have to take up as much of the load that we’re missing here. We’re going to have to all step up.”

Asked how his knee is doing now that he’s been practicing again, Poeltl said it’s “been fine, I haven’t noticed it at all.”

For all the details regarding Thursday’s scrimmage, click here.