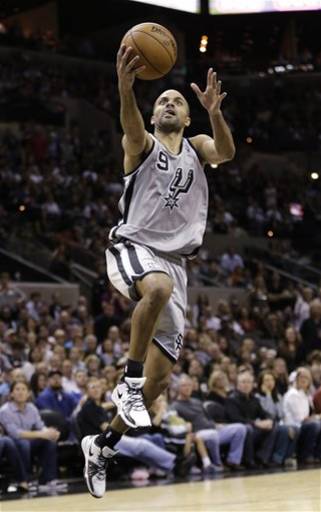 g the San Antonio Spurs' championship years, everyone knew the obvious: the Spurs' championship hopes hindered solely on the dominance of their "Big 3." For years the Spurs signed players to play around their superstars. For the past two years, the bench has been more versatile and hasn't had a dependence on the stars.

Where San Antonio had spot up shooters like Brent Barry and Robert Horry, they now have Boris Diaw and Patty Mills who can create their own shots and pass the ball with ease. Tony Parker realizes this as he said after the Spurs defeated the Memphis Grizzlies in overtime on Saturday.

"The bench played great. They gave us energy. Patty Mills made a big three. They were all scrapping. They did a great job."

This has to be a sigh of relief for the San Antonio "Big 3" of Tony Parker, Manu Ginobili, and Tim Duncan. They don't have to play all out every game like years before. Now they can play around their versatile players instead of the other way around.

With the Spurs having Patty Mills, Boris Diaw, and Stephen Jackson (who's out with an injury), the Big 3's legs and health should be positive for the playoffs during a long 82 game season.