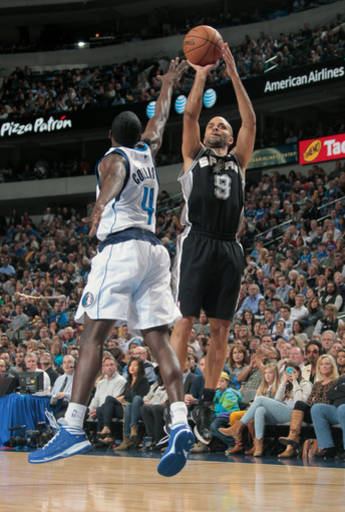 With Tim Duncan and Kawhi Leonard sitting out a few games last week, it was no secret the San Antonio Spurs were going to need Tony Parker to stay afloat, and come through he did.

Parker led the Spurs on a perfect 4-0 record last week, averaging 24.5 points and 9.5 assists per game in the four-game span. For his efforts, the NBA named him as the player of the week.

Parker's best game of the week came in a blowout win over the Phoenix Suns on Saturday. Parker dispatched the Suns under new coach Lindsey Hunter, finishing with 31 points, seven assists, four rebounds and two steals.

Parker, who was recently named a member of the Western Conference All-Star team for the fifth time, is averaging a team-best 20.1 points per game, 7.5 assists and three rebounds per game this season with the Spurs.