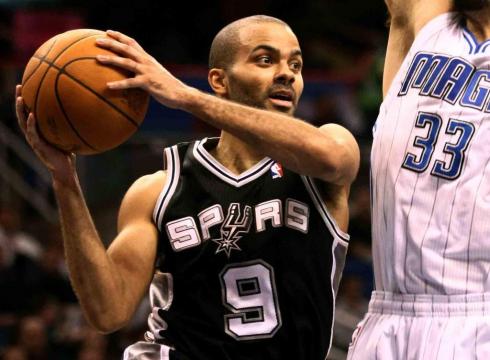 After an up and down start to the year, Tony Parker is back on track. TP has been on fire over the last week and although teammate Tim Duncan won Western Conference Player of the Week, Parker likely gave him some competition.

Parker got things rolling last Wednesday with a 26 point, six assist performance against Boston. He followed that up with 33 and 10 against Indiana and then 32 and five in a double overtime thriller against Toronto. During those three games he’s been shooting an astounding 63% from the floor.

After Parker’s game against Boston, Coach Gregg Popovich had some very positive things to say about his point guard on both ends of the floor. I guess Parker may have used that as motivation to keep things going for the rest of the week.

Parker also made sure that his team left Toronto with a win, scoring six of his 32 points in the second overtime and carrying the Spurs to victory. Tim Duncan says Parker was just doing what the team has come to expect from him.

"He's our closer and he has been that way for the last couple of years," Duncan said. "He steps up and makes big shots for us. That's what we ask him to do and he's delivered for us."

Last night, Parker's 15 points helped keep the Washington Wizards winless while also getting considerable rest on the second of a back-to-back.

No matter what happens, Spurs fans have to be encouraged to see their point guard returning to his MVP-caliber form.

We'll see if Parker can continue on this pace as the Spurs finish off their east coast swing with two games in Florida in yet another back-to-back against the Orlando Magic and Miami Heat.