The last meeting between the San Antonio Spurs and Dallas Mavericks wasn't much of a game. The Spurs came out fired up with a balanced attack that left the Mavericks in the loss 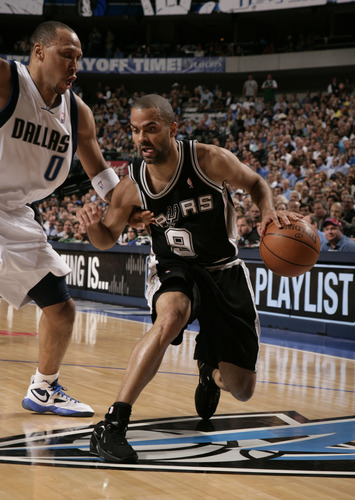 column and embarrassed as the Spurs dropped 20 three-pointers on the Mavs.

That meeting was in San Antonio on the Spurs' homecourt and tonight's game will be in Dallas with a hostile anti-Spurs crowd rallying behind them.

After Tony Parker and the his team defeated the Houston Rockets on Friday night, he knows the Spurs will have a tough away game against their in-state rivals.

"We know they are going to play with a lot of energy with them being at home. We best them pretty good here (in San Antonio) so we have to make sure to match their energy." Parker continued, "It is always tough to play a team like that but we are going to have to be ready."
Dallas will come out to avenge their loss and with star Dirk Nowitzki no longer "probable," the team will be ready for the Spurs. They've played a few games to get to know each other and build chemistry, so it won't be an easy of a win this time around. San Antonio has to come out ready from the start and playing great defense.
On Friday night, they scored 41 points against the Houston Rockets and couldn't get a stop against the high scoring backcourt of Jeremy Lin and James Harden.
Dirk Nowitzki poses a bigger threat with him being far more versatile for his position and he hasn't needed extra games to get his shooting tough back.