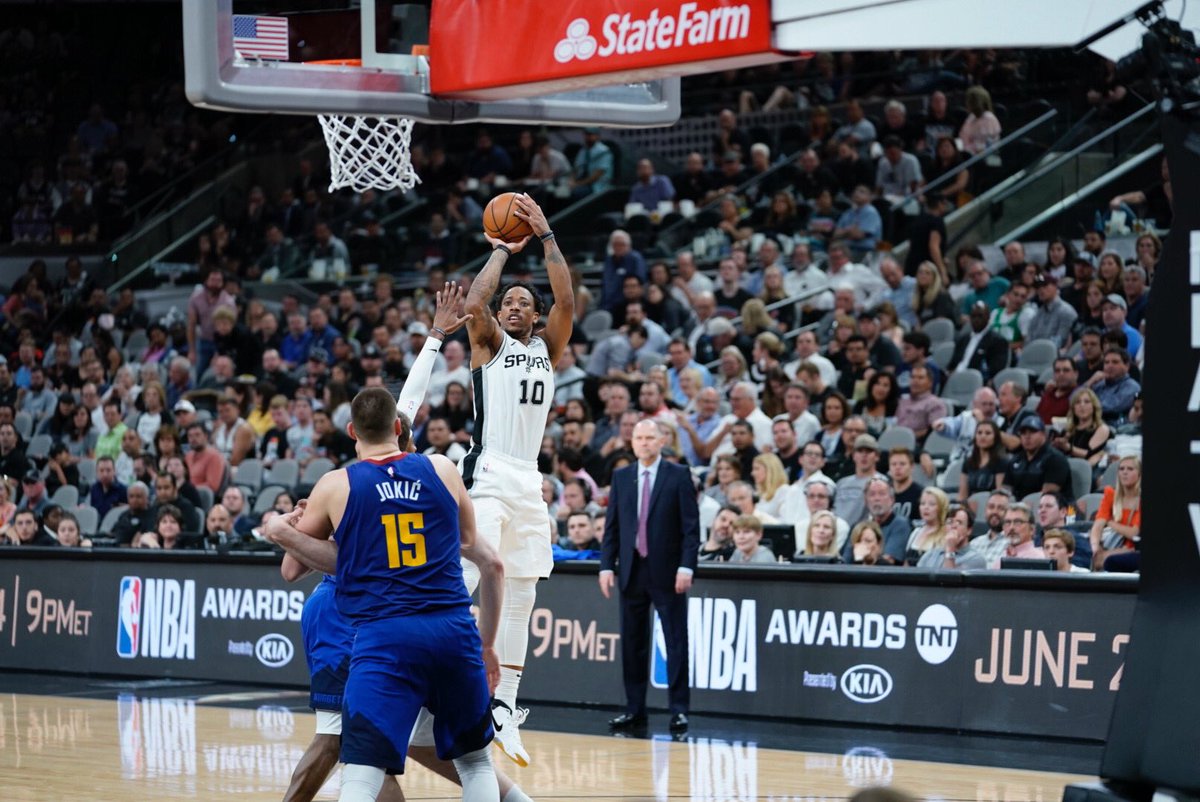 The San Antonio Spurs have been making news this week with their hiring of Tim Duncan as an assistant coach, and then Tuesday’s news of the promotions for RC Buford and Brian Wright.

In some player news now, guard DeMar DeRozan has reportedly withdrawn his name with Team USA and the team has signed Dedric Lawson for training camp.

Team USA is still adding names to the player pool after the recent withdrawals of original NBA players to the roster. This will be Spurs Head Coach Gregg Popovich’s first World Cup coaching Team USA.

The World Cup will be taking place from late August to mid September, just a few weeks before the NBA season begins.

Though the team hasn’t officially announced the signing, Real GM has Lawson signing with the Spurs as of Tuesday. According to the Athletic Monday evening, the deal is reportedly a training camp type contract with an exhibit-10 clause.

An exhibit-10 contract is a non-guaranteed contract with a $5-50K bonus if the player is waived from the NBA roster and spends 60 days with the G-League affiliate (Austin Spurs). The contract also doesn’t count toward the salary cap according to ESPN’s Bobby Marks.

Though the Spurs have all 15 guaranteed roster spots already filled and their two two-way contracts as well, the league allows teams to carry up to 20 contracts for training camp and the preseason.

The final roster has to be trimmed down to 17 (15 guaranteed and 2 two-way deals) before the start of the regular season though.

Lawson went undrafted in June but he was a player our own Benjamin Bornstein thought would fit with this Spurs team.