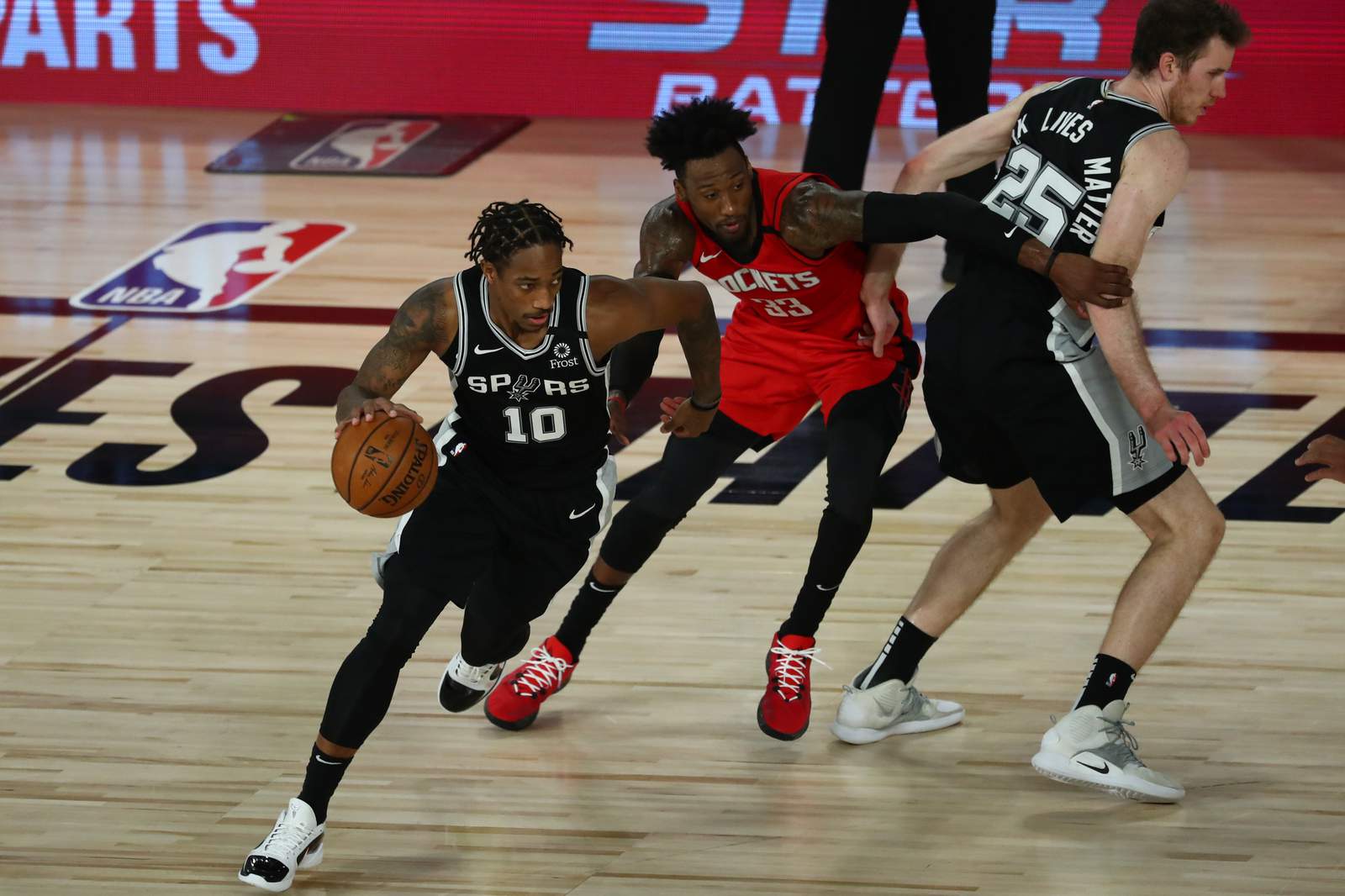 Sunday the NBA started providing teams with official offseason dates as the NBA Draft and free agency will both be taking place next week.

First, the NBA informed teams that the moratorium to begin executing trades can take place on Monday November 16 at 11 AM CT. Now let’s focus on Spurs specific dates.

DeRozan will have until Thursday November 19 at 4 PM CT to decide on whether he’ll exercise (opt into) his $27.7 million player option for next season, or decline the option and become an unrestricted free agent on November 22.

Should DeRozan officially exercise his player option before the November 19 deadline, he would be eligible to be traded.

There was a rumor recently floating around that the Los Angeles Lakers had interest in DeRozan for Danny Green and Kyle Kuzma. On Sunday, the Lakers and Thunder agreed in principle to send Green to Oklahoma City with the 28th pick for guard Dennis Schroder. This at least takes Green out of such a deal to the Spurs and also might mean the Lakers may not have interest in DeRozan anymore.

If DeRozan were to decline his player option by Thursday, he’d be able to sign with another team in two different ways. One would be if the team has cap space and the second would be if he, the team that wants to sign him, and the Spurs constructed a sign-and-trade deal.

If the Spurs and Derrick White wanted to sign an extension, they’d need to complete such a deal by December 21 at latest.

Last year the Spurs signed Dejounte Murray to a four year extension but didn’t with Poeltl. If the Spurs and White don’t sign an extension together, then White would be a restricted free agent in the 2021-2022 offseason.

We’re still waiting on a few other important dates regarding Trey Lyles, Chimezie Metu, and Tyler Zeller. All three players are on non-guaranteed contracts and if the old dates matched the new dates, Lyles’ non-guarantee date would be just before free agency begins on November 22. Metu and Zeller’s non-guarantee dates are likely at a later date after free agency.