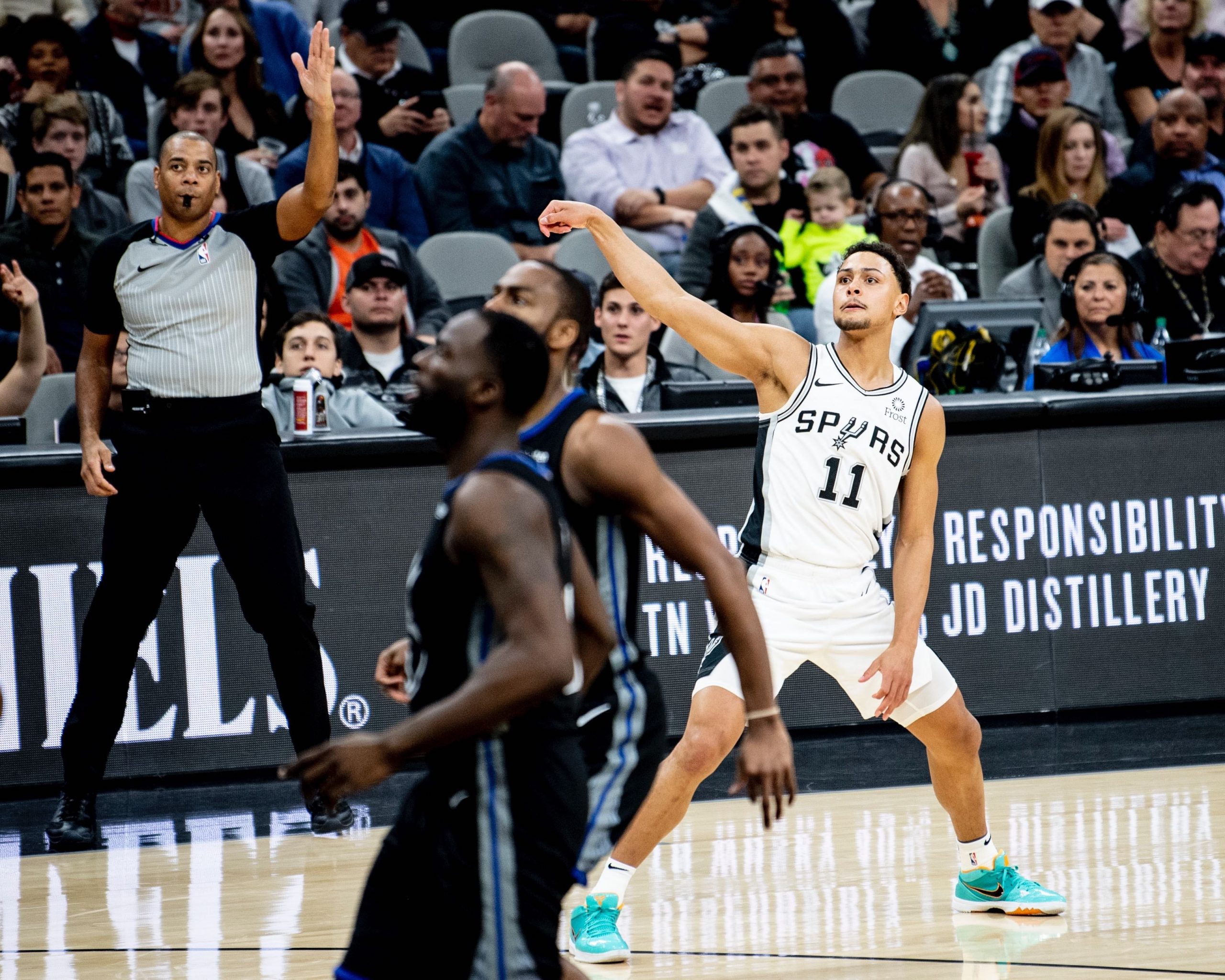 Tuesday evening, the San Antonio Spurs left 2019 with an overtime win against the Golden State Warriors. Here were some numbers that stood out after that win for either the team or individual players.

Back in the Top-10 of 3-Point Accuracy

After shooting 45.2% on their 31 three-point attempts Tuesday, the Spurs have moved from 11th in 3-point accuracy all the way into a three-way tie for 6th.

7 of the team’s 11 core players are getting over a point per shot on their 3-point attempts right now. The only players who aren’t are Dejounte Murray (29% 3PT), DeMar DeRozan (26% 3PT), Rudy Gay (31% 3PT) and Jakob Poeltl, who doesn’t attempt any threes.

Of those four players, the surprise player who is still struggling with his accuracy is Gay, who is a career 34.6% three-point shooter. While Murray is still learning to shoot from distance, even his low percentage of 29% has more value than his mid-range jumper, where he’s shooting a higher percentage of 40%. Murray’s threes are worth 0.87 points per shot compared to his mid-range jumpers, which are worth 0.81 points per shot. When it comes to wide open 3s, Murray is getting closer to 33% from there, where he’s currently shooting 31%.

As for DeRozan, he went through a series of games where he started attempting more threes, but that urge seems to have disappeared where he’s back to passing or putting the ball on the floor any time he’s faced with a wide open three.

Walker IV’s Scoring Near the Rim

Walker IV is showing that as soon as he’s able to earn a guaranteed role with increased minutes, he’ll be one of the Spurs’ four main rim attackers joining DeRozan, Murray, and Derrick White.

Back on Track in December

The Spurs got back on track in December, going 7-5 in their 12 games. While that’s just barely staying above water, it was good enough to help them get back into the playoff picture, where they hold the eighth seed with their 14-18 record.

During December, the Spurs saw an improvement with their defense, which ranked 13th during the month, compared to the 27th ranking they faced defensively in the month of November.

Here’s how the team has fared in each month of the season so far, and where their offense and defense ranked during each month.