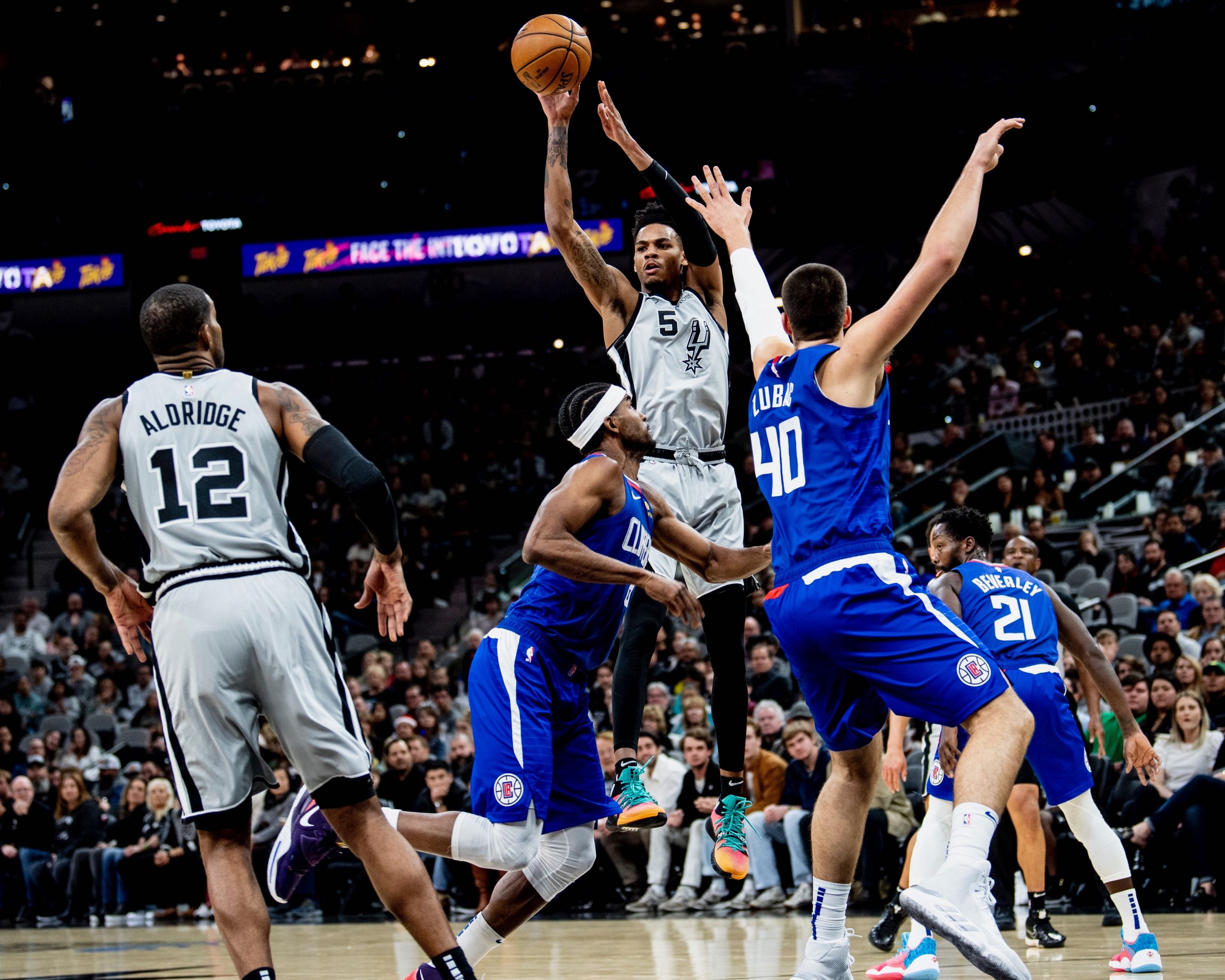 After their back-to-back victory set against the Miami Heat and Phoenix Suns, here are three notable trends regarding the San Antonio Spurs and some individual players.

While the defensive end of the floor continues to be the Spurs’ prime area of concern this season (Spurs are ranked 23rd defensively), I have noticed that opponents have been scoring fewer and fewer points in the paint.

The numbers are starting to paint this picture too, as the Spurs have moved up to 12th in limiting opponents to 27.6 field goal attempts in the restricted area during each game. Now limiting attempts and stopping them completely are two different things. When opponents take shots in the restricted area, they’re making 64.2% of those shots, ranking the Spurs 21st in that category.

The two Spurs players who play the 5, LaMarcus Aldridge and Jakob Poeltl, are also having a good season in swatting shots away. Aldridge is accounting for 2.7% of opponent shot attempts that are blocked, placing him in the 77th percentile among bigs per CleaningTheGlass.com. When Poeltl subs in for Aldridge, Poeltl’s block percentage shoots up to 4.5%, placing him in the 95th percentile (elite) among bigs in block percentage.

Along with starting to limit attempts at the rim, the Spurs remain solid in not putting opponents on the free throw line, where they’re currently ranked 10th in opponent free throw rate. The three areas where opponents are continuing to attack the Spurs’ defense are in transition on the fast break, by making a good chunk of mid-range jumpers (43.7%, placing the Spurs 29th in opponent mid-range accuracy), and in guarding the 3-point line.

Opponents are still taking 34.9 threes per night and making 36.5% of them against San Antonio’s defense, ranking the Spurs in the bottom 10 of both of those categories. For now, though, taking away looks at the rim is starting to be an area of slow improvement for San Antonio defensively.

Lately, White has been playing well off the bench and he’s often the guard closing out close games in the fourth quarter because of his ability to run the offense while scoring when he has to, and being a threat from outside.

Focusing specifically on his drives, White has moved up to second in made baskets on drives (58 makes) on the team, only behind DeMar DeRozan (185 makes). White is making 49.2% of his drives shots, and among DeRozan, White, Dejounte Murray, and Lonnie Walker IV, White ranks 2nd in chances of making a shot on drives (20.6% chance) and 1st in chances of getting an assist on drives (13.1% chance).

Prior to the start of the season, Bryn Forbes commented that Murray’s mid-range shot was “money now.” That is appearing to be the case for Murray, as he’s now 3rd on the team in made mid-range shots (40), where he’s shooting 48.2% on his non-paint twos. Among players in the entire NBA who have attempted at least 80 mid-range jumpers, Murray ranks 11th in accuracy from that range.

Murray has shown the mid-range jumper can be one of his go-to ways of attack when it’s late in a shot clock and he needs to try to score 1-on-1 against his defender.

While his three point volume is still low, Murray is making 35% of his triples so far this season and 38% of his wide open threes.