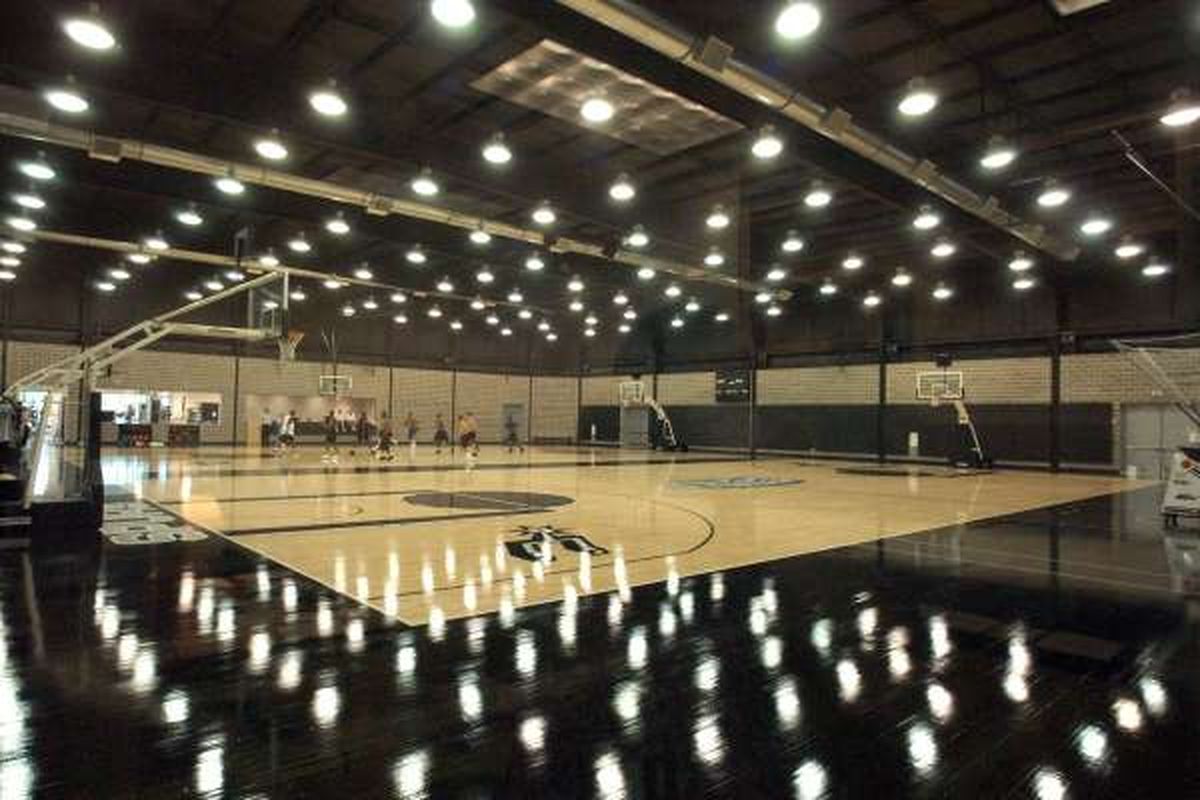 San Antonio Spurs media day is today, which means training camp begins tomorrow. It seems like an automatic every time the Spurs training camp roster is revealed that a few unexpected surprises sneak in. The Spurs have brought in aging veterans in the past who were not even a blip on the radar and have also started camp without players that had been announced as camp signees.

But this year, the Spurs seem to have stuck to the script. The roster, which will be listed below, includes every player that is currently signed to a contract, including a two-way contract as is the case with Drew Eubanks and rookie Qunndary Weatherspoon.

Spurs fans will be as happy to see Dejounte Murray’s name on the roster as Murray will be to start camp.

The only somewhat unknowns on the roster are players we covered recently in rookies Daulton Hommes and Dedric Lawson. Hommes, an undrafted forward out of Point Loma Nazarene. He has an inside-out game and was signed back in August. He’ll likely be in camp to challenge Spurs forwards a bit as the coaches get a closer look to decide if they want to keep him in Austin.

Lawson, out of Kansas, is someone our Benjamin Bornstein profiled in his draft scouting reports last season.

Obviously, the kid can play and that should be expected from him since he is already 21-years old. We’ve only got a small sample size to work with while he’s been at Kansas, but he would be a really nice pickup…He can give the Spurs a different look offensively and would still be a plus on defense. The 6-foot-9, 235-pound forward can handle the ball well, looks for others and finds them more often than not.

One player who is notably absent on the camp roster is Matt Farrell. According to reports, Jeff Ledbetter was waived and Farrell, whose rights had been traded to Austin, was signed to give the Spurs a max camp roster of 20 players. He could either be a late addition or he could have already been waived. As I discussed in the most recent episode of the Spurscast, the Farrell signing was likely just a move to retain his affiliate rights and I expected he would be waived early.

The full 2019 Spurs training camp roster is listed below. 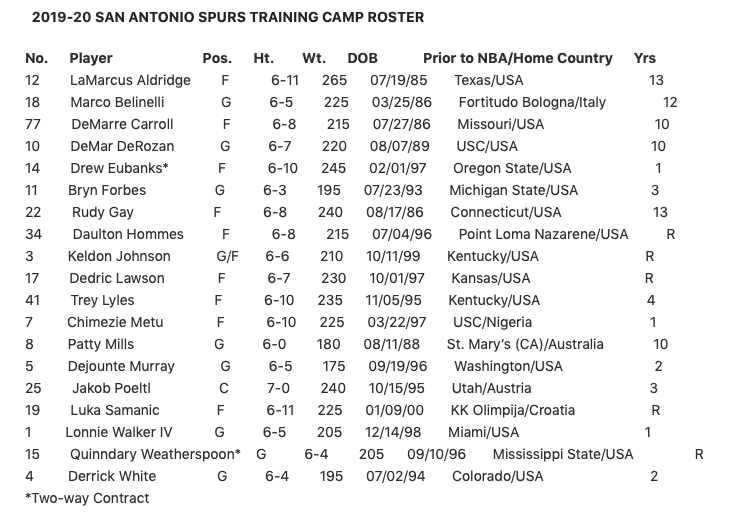