This coming NHL season will mark the 10-year anniversary of the last Stanley Cup Final appearance for the New Jersey Devils. It was quite a season that had ended too soon after rising from fourth-place in the then-Atlantic Division just to fall to the Los Angeles Kings in six games 4-2. Since then it has been a number of seasons finishing at or near the bottom, capped off by a 19-30 record this year. Can the team turn things around for 2022?

The last time the Devils won the Cup was the same year that sports betting in New Jersey was legalized. In some ways that feels like forever ago, and in others it feels like yesterday. In the wake of the Nets of the NBA officially leaving town, locals who put money on their only remaining professional franchise to win the Stanley Cup that year felt more disappointment. Now still early in the 20s, the disappointment continues. While the Nets are among the favorites to win their league next year, the Devils are +10,000 to take home the Stanley Cup in 2022.

Already a young roster with potential with top-overall picks from 2017 and 2019 on the roster, the third-least experienced roster in the NHL will get even younger at this month’s draft. Pending any trades between now and the 2021 NHL Draft on July 23, the Devils hold the fourth-overall pick.

Any time that there is this much youth on a roster, a franchise has to decide whether or not it may be in their best interests to trade the pick for more experience. After all, they did just take three players in the first round last year. All were international teenagers who stayed at home to play last season amidst the global pandemic. Their top pick, forward Alexander Holtz, should be able to contribute soon, and he’s needed.  New Jersey’s offense scored the sixth-fewest goals in the league last season.

Goalkeeper is still a bit of a concern, and the team could really use a rebound season from Mackenzie Blackwood. His Save percentage has gone down each of the last two seasons, though his 14-17 record is the more alarming issue. A major drop from his 22-14 season in 2019-20, he struggled in shootouts, allowing six goals on 11 attempts.

The New Jersey Devils aren’t worth betting on in 2022, but give them another year or two. They may yet finally return to millennium form. New Jersey won three Stanley Cups in nine seasons. Hold the line Devils fans. Hold the line. 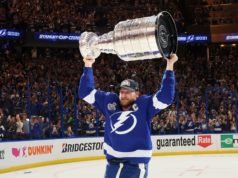 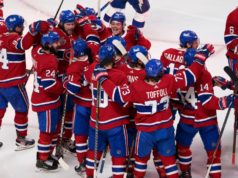 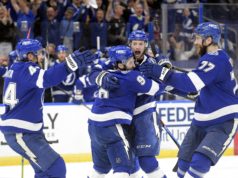