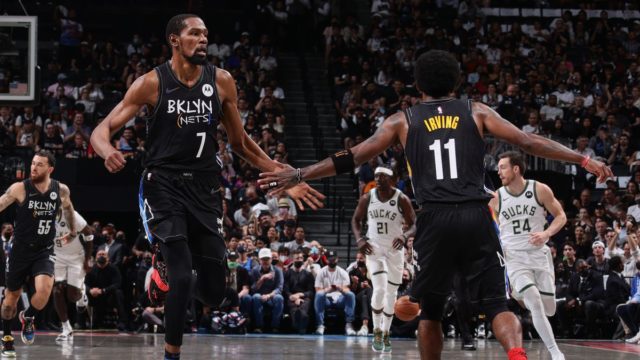 The NBA Playoffs rolled on Monday night with Game 2 of the Eastern Semifinals between the Brooklyn Nets and Milwaukee Bucks, while the Phoenix Suns hosted the Denver Nuggets in Game 1 of the Western Semifinals.

In case you missed it, here’s a recap of each game:

The first game of the night was not even close as the Nets took a 2-0 series lead thanks to a 125-86 rout of the Bucks in Game 2 of their Eastern Conference Semifinals series at the Barclays Center.

Brooklyn raced out to a 36-19 lead after the first quarter and never looked back. The Nets played without James Harden for all but 43 seconds of this series but based on the first two games, they may not even need him.

Kevin Durant scored 32 points in three quarters of action and Kyrie Irving added 22 points as the Nets completely dominated from start to finish.

Meanwhile, the Bucks looked like a far cry from the team that swept the Miami Heat in the first round. Giannis Antetokounmpo had 18 points and 11 rebounds, while Khris Middleton added 17 points.

The nightcap saw Suns use a late surge to grab the 122-105 victory over the Nuggets in Game 1 of their Western Semifinals series.

Chris Paul took a hit on his sore shoulder early in the game shrugged it off to score 21 points and dish out 11 assists. Mikal Bridges 23 points on 8 of 12 shooting.

Phoenix trailed 70-60 early in the third quarter but used a 19-2 run to take control of the game for good. Devin Booker made a 3-pointer and was fouled for the rare four-point play and Bridges’ layup made it 79-72.

”It was fun to get out there and be involved,” Paul said. ”That last series – that was tough – but I’m glad to be back helping the team.”

”When things aren’t going our way, we need to be more decisive,” Jokic said. ”We need to know what we are doing as a group.” 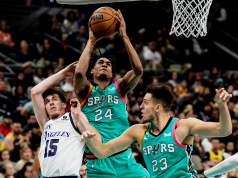 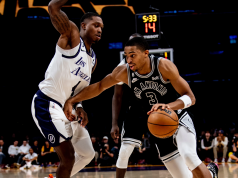