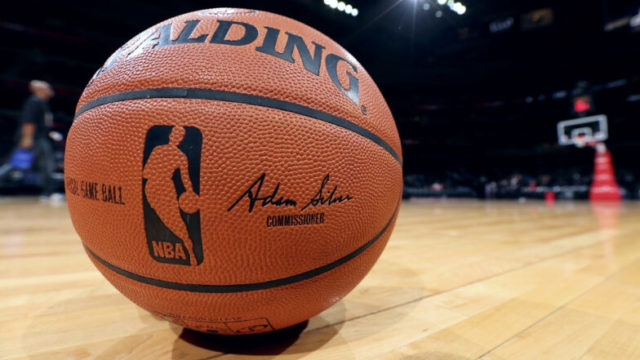 Just in time for the 2021-2022 NBA season, five states have officially launched their sports betting market, joining 22 other states in some form of legalized sports betting. Those new to the party are Arizona, Connecticut, Washington, South Dakota, and Wyoming, though the last two require bettors to be on casino premises.

If you’re new to online sports betting or just looking for a new place to play, you can check out this list to find the site for you. Not all online sportsbooks are created equal; Game/sports availability, prop bets, and even the odds can vary from site to site.

As the professional basketball season gets set to tip-off next week, bettors are also putting their money on futures. Let’s look at the final preseason odds-favorites for three popular futures bets: Rookie of the Year, MVP, and the 2022 NBA Champions.

Luka Doncic of the Dallas Mavericks is the preseason favorite across the major online sportsbooks to win the 2022 NBA MVP. Currently, his odds are hovering around +400. A two-time All-Star, Doncic finished fourth in the final MVP voting in his second season (2019), and sixth in last year’s votes. He had 27.7 points, eight rebounds, and nearly nine assists per game in 2021.

Behind Doncic, some of the online sportsbooks have Giannis Antetokounmpo, Joel Embiid, and Kevin Durant tied for second. When the books do differ, the edge is given to Durant. The forecast doesn’t look favorable for the Denver Nuggets’ Nikola Jokic to repeat as MVP this season either. Jokic won the award last year with averages of 26 points, nearly 11 rebounds, and eight assists per game.

The top overall selection in the draft is often the early favorite to win the Rookie of the Year award. Of course, it doesn’t always, or even usually, end that way. This year’s top pick, the Detroit Pistons’ Cade Cunningham, is getting the early nod to win the award. Most online sportsbooks are setting his odds at +250. The 6’8”, 220lb guard out of Oklahoma State averaged 20 points, six rebounds, and just under four assists per game in his lone season as a Cowboy.

Cunningham isn’t alone at the top in a number of the online sportsbooks for Rookie of the Year. He is often locked in a tie with Houston Rockets rookie Jalen Green, the second overall pick. Green averaged 18 points, three rebounds, and three assists while playing against NBA talent in the G League. Behind Cunningham and Green, the Orlando Magic’s Jalen Suggs is next in line as a Rookie of the Year favorite. He has a slight edge over Evan Mobley of the Cleveland Cavaliers.

The odds of an NBA Finals matchup between the Brooklyn Nets and the Los Angeles Lakers in 2022 look favorable. Both teams drawing heavy odds to win the championship as the season approaches. The Nets are decent favorites to be crowned the 2022 NBA Champions at around +230. This compares to the Lakers’ odds around +380. There is a lot of speculation, however, around how much LeBron James’ team of older veterans hold up throughout the season, let alone compete against the Nets’ younger stars. Kyrie Irving’s lack of availability for Brooklyn may help LA’s chances.

Of the Phoenix Suns and the Milwaukee Bucks, the two teams who reached the Finals last year, only the Bucks are drawing favorable odds, though +850 still makes it a stretch. Behind them, the online sportsbooks are still undecided on how the Golden State Warriors will fare. After five consecutive NBA Finals appearances, the team has missed the playoffs the last two seasons while impacted by injuries. Golden State sits around +1100 for their odds to once again hoist the Larry O’Brien trophy in the summer.