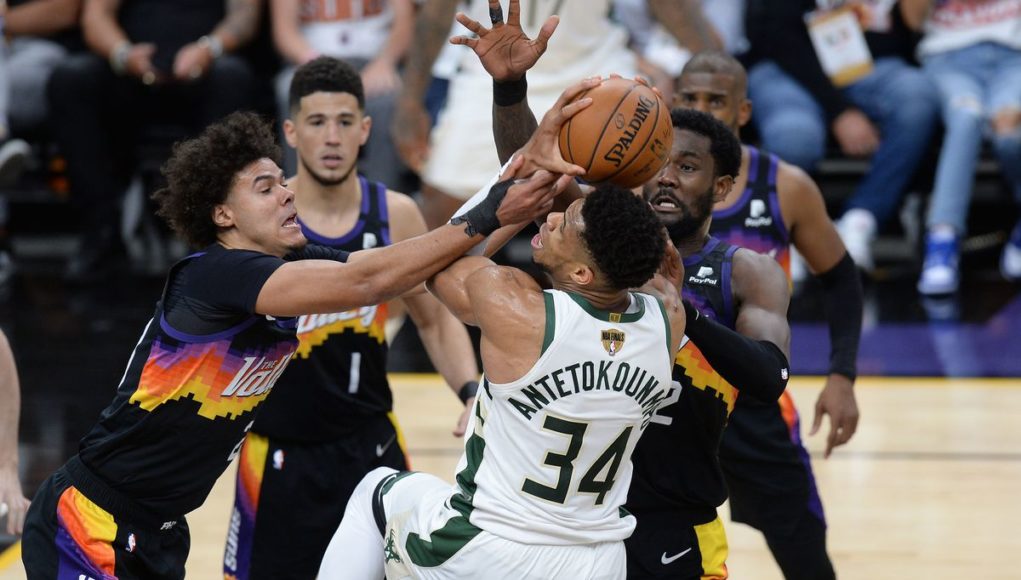 If the Phoenix Suns have two more games like they had in the first two games of their NBA Finals series with the Milwaukee Bucks, this series will be over by next week.

Devin Booker and Mikal Bridges combined for 58 points as the Suns held off a late push by the Bucks to earn a 118-108 victory in Game 2 of the NBA Finals at the Phoenix Suns Arena.

Phoenix outscored Milwaukee 30-16 in the second quarter and used some Spurs-like “beautiful game” ball movement in the third quarter to really put the Bucks on their heels.

”We actually talked about that play right after the game, me and Mikal (Bridges), and he was like, `I think that was the most pumped I’ve ever been after a play,”’ Booker said. ”And I was like, me too.”

Booker scored 31 points and Bridges added 27 as they held off a late rally by Milwaukee to move within two games of their first NBA Championship. Chris Paul added 23 points in the win and DeAndre Ayton added 10 points and 11 rebounds.

”We did and we’re going to keep it going,” Paul said.

Milwaukee was led by Giannis Antetokounmpo’s 42 points and 12 rebounds but he had no help as the series shifts to Wisconsin with the Bucks in an 0-2 hole for the second time in these playoffs.

”We know what the deal is,” Antetokounmpo said. ”We’ve got to go back home and protect the home.”