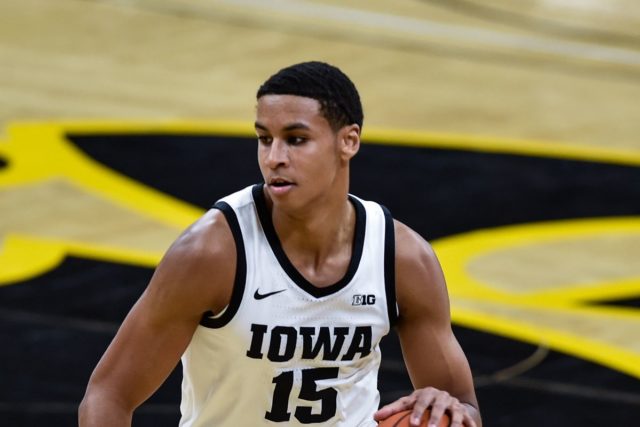 The San Antonio Spurs have struggled the last week or so, but should be looking to right the ship with Dejounte Murray back in the lineup. However, in the college ranks, Iowa Hawkeyes sophomore Keegan Murray has been turning heads and attention toward his play this year.

The 6-foot-8, 225-pound forward has been doing everything for Iowa this year as it hasn’t slumped after losing the likes of Joe Wieskamp and Luka Garza. Despite a usage percentage of 32, Murray is still leading the entire country in player efficiency rating at 42.5 while also being a top scorer in the country. To see how good he’s been, check out his counting stats so far this season (14 games).

While Murray’s shooting and scoring will be the points of emphasis in his draft process, there are several other aspects of the game where he excels. He runs out in transition very well and he can be the ball handler in those same situations. His long strides, nimbleness through tight spaces, and plus wingspan allow him to finish at the rim with ease. His increased strength has also helped him finish through contact this season.

Post-ups have become a legitimate option with Murray as he’s gotten stronger as well. He has a couple of different moves and because he’s a good shooter, he often has several options of what he can do. Whether he turns around and shoots or gets to the rim, Murray keeps the defense guessing.

One of the more intriguing bits about Murray’s game is that he is great off-ball. He cuts and uses screens well. He cuts to the rim and finishes well when he gets the ball. On screens, he often gets an open shot from beyond the arc and makes the most of it.

The Hawkeyes star will undoubtedly find himself getting picked in the lottery and the Spurs could be lucky enough to have him fall in their lap. That is if they continue to lose some unexpected games.