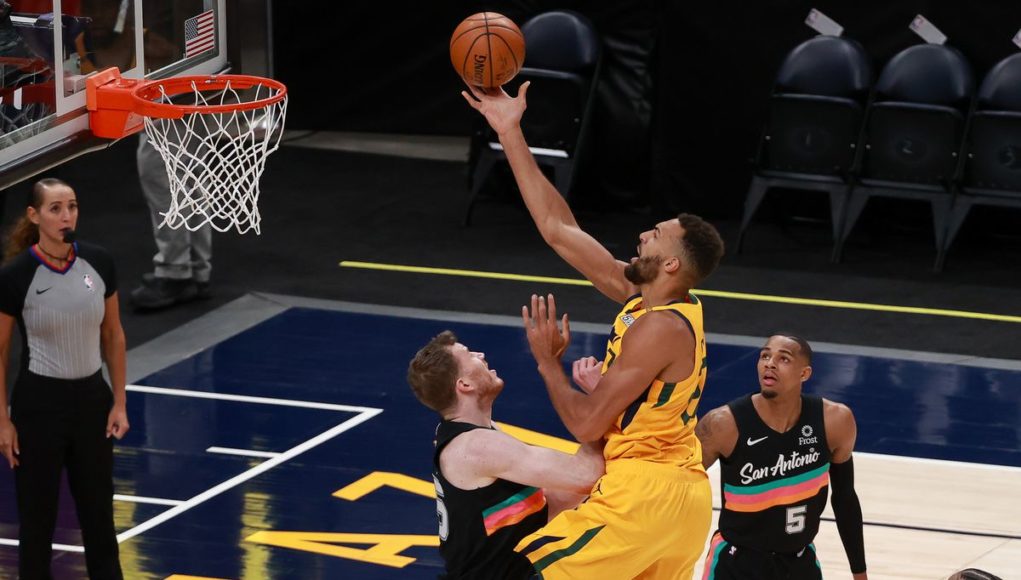 The San Antonio Spurs played a pair of back-to-back games on Sunday and Monday against the Philadelphia 76ers (44-21) and Utah Jazz (47-18) respectively. San Antonio dropped both games despite putting up a fight.

The losses dropped the Spurs to the 10th and final play-in spot in the Western Conference.

In case you missed it, here is a mini recap of both games.

The Spurs were shorthanded on Sunday night in their 113-111 overtime loss to the 76ers at the AT&T Center. San Antonio was without four starters as Dejounte Murray and Derrick White missed the game with injuries and DeMar DeRozan and Jakob Poeltl were out for rest.

As a result, Lonnie Walker IV had 23 points for the Spurs. Keldon Johnson added 19 points, Rudy Gay had 18 and Gorgui Dieng chipped in 17 for San Antonio, who lost their third consecutive game.

“I am just really excited for how hard we are playing and I just hope they continue to believe in themselves because they have had kind of a tough road,” Spurs Head Coach Gregg Popovich said.

The Spurs trailed by as many as 17 points but rallied with a 28-18 fourth quarter to force overtime. In the extra frame, Ben Simmons tipped in the game-winner as time expired to give Philly the win.

Joel Embiid had 34 points and 12 rebounds to lead the 76ers and Seth Curry added 22 points.

The very next night, the Spurs fell 110-99 to the Jazz on the road as Utah reclaimed the top spot in the Western Conference.

Utah’s defense did a solid job in preventing the Spurs from converting near the rim and on the perimeter. As a result, the Jazz raced out to a 25-point lead and the Spurs never led in the game.

“They moved the ball around and they made us play defense and really tried to guard everybody,” Spurs forward Rudy Gay said. That’s kind of how we want to play. We are getting there. But, like I said before, they have a lot of guys who have been in that system and know how to play basketball.”

DeMar DeRozan returned for the Spurs after missing Sunday’s game to score 22 points and Gay added 17 points for San Antonio, who lost their fourth straight game.

“We have kind of have had that personality for a lot of the year,” Popovich said. “If we just follow teams around, don’t get physical, don’t get up into them, we go down.”

The Spurs are now 31-33 on the season and will return to the court on Wednesday night when they face the Jazz to close out their mini-series.