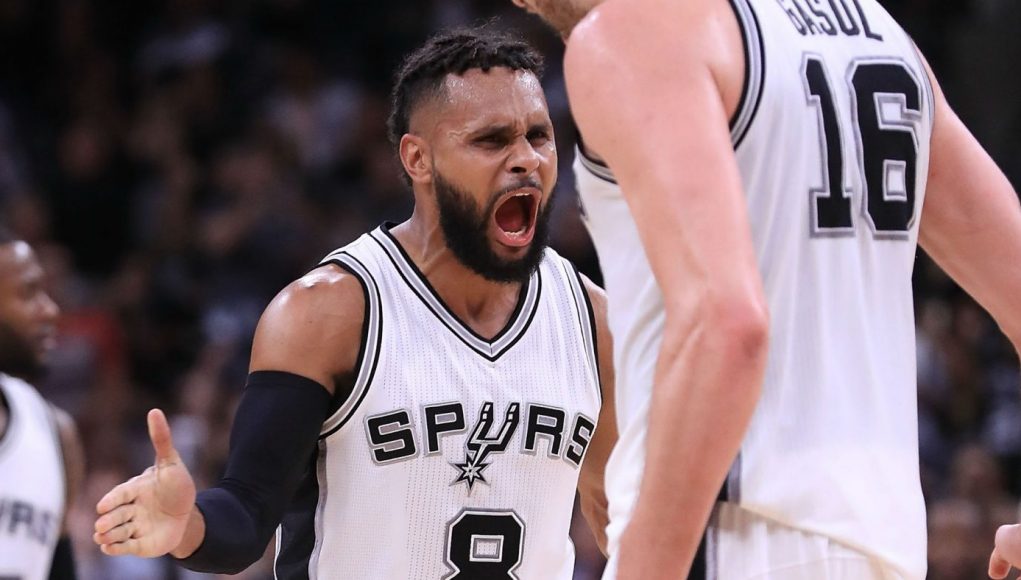 Before his 25-point, four assist performance against the Utah Jazz on Friday night, chances are that any Twitter timeline search mentioning Patty Mills was rife with slander over the 8th-year pro’s season to date.

Mills hasn’t been a fan favorite this season the way he has been in previous years, and most of the public perception has been that Mills hasn’t performed adequately this season.

In a time when signings and trades are announced on Twitter before the ink can dry on a fresh press release from the NBA league office, one possible downside is that most fans can easily track a player’s salary online.

During the offseason, if you polled San Antonio Spurs fans, I don’t think it would be too far of a stretch to say that re-signing Mills was definitely an offseason priority after his 2016-17 season.

Mills was brought back on a four-year contract for just shy of $50 million. At the time, Mills was expected to command up to $17-$18 million annually on the free agent market, so the Spurs were able to sign him for much less and have cap space left over.

But even at the bargain rate of about $12.5 million per year, apparently, that has now become too rich for the cadre of Spurs followers that have decided that Mills isn’t worthy of the money, even if they aren’t the ones writing the checks.

Mills had been a spark plug off the bench, providing an instant boost on offense for years at a contract that you could argue was considerably south of his actual value.

So why has what a player earns become such a deciding factor? Why was Mills a fan favorite as a severely underpaid super sub, but now ready to be exiled for earning less than his market value at the time because it’s such a stark contrast from his previous contract?

More zeroes in your contract mean more dollars in your bank account, but I wonder why a percentage of the fanbase is expecting that a richer contract automatically gives a player a new skillset. Expecting Mills to be anything else except for the player he’s been because he signed a lucrative contract is not realistic.

I don’t doubt that Mills has struggled some this year, but when comparing his performance from last season, I don’t see anything that is a major difference. Public opinion and perceived expectations are really the only things that have seen such abrupt shifts.

Mills is seeing minor increases in points and minutes and minor decreases in shooting percentages, but it’s nothing that has changed at an alarming rate. He is down from 3.5 assists per game to 2.7, but that should come as no surprise since he’s often in the game with another primary ball handler as he works as a shooter off of screens.

Mills has been the only Spurs player to play in all 73 games this season, and that should tell you, aside from the obvious, that he’s been a part of so many different lineups and rotations that doesn’t make it easy to find an offensive flow. The fact that Mills has logged minutes at both guard positions and at small forward should tell you what kind of a season it has been and that it has not been the perfect picture of continuity.

With the Spurs missing their franchise player for all but nine games this season, Mills also hasn’t been the beneficiary of open shots coming out of Leonard double-teams the way he was last season.

But let’s take what he does on the floor out of the equation for a second. Mills is also a vital member of the Spurs’ locker room. He’s the type of glue guy that his teammates love. He’s the first one off the bench waving his towel in M.L. Carr-esque fashion as he supports his teammates.

As Mills’ teammate Danny Green recently noted in an Instagram posting, that support is paramount to the Spurs.

Those types of teammates are invaluable, and in such an odd season with so much speculation coming from the weekly reports on Leonard, those types of players are the ones that keep a locker room in harmony.

Mills has earned his current contract because of past play and the intangibles he provides to the team. The one thing the percentage of this fanbase that has given up on Mills may be overlooking is that simply put, this is basketball. When you shoot, either the basketball will go in or not – and that’s not based on effort.

As simple as it sounds, sometimes it goes in and sometimes it doesn’t, but judging a player because of what he earns and because his shot may not be falling is like judging a wealthy craps player’s strategy solely because he loses his chip allotment on a cold table.

If Mills was not putting up the effort needed, I wouldn’t be writing this, but Mills is like a study in effort. Every time he’s on the floor, he’s going full speed, so patience and a closer look at what Mills is actually doing on and off the floor may be just the prescription needed to cure the Mills blues.

March has easily been the best month of his season, as he’s scored in double figures in five of the 12 games, and while he may not regularly put up stat lines like he did against Utah, it may signal winds of change, and Mills could be heating up at the right time with the playoffs just ten games away.

But at least until Tuesday night, Mills can take a break from his Twitter mentions as Dejounte Murray takes a majority of the scrutiny.