Facebook
Twitter
Email
Print
Words of wisdom: It is better to remain quiet and appear a fool than to open one’s mouth and remove all doubt.
Enter Ron err… Metta World Peace.
During a recent book signing (yes you heard me right) for his recently written children’s book, “Metta’s Bedtime Stories,” in downtown Manhattan, World Peace, had this to say about his former team the Lakers.
Via ESPN:
“"I think the Lakers are going to go to the NBA Finals.” 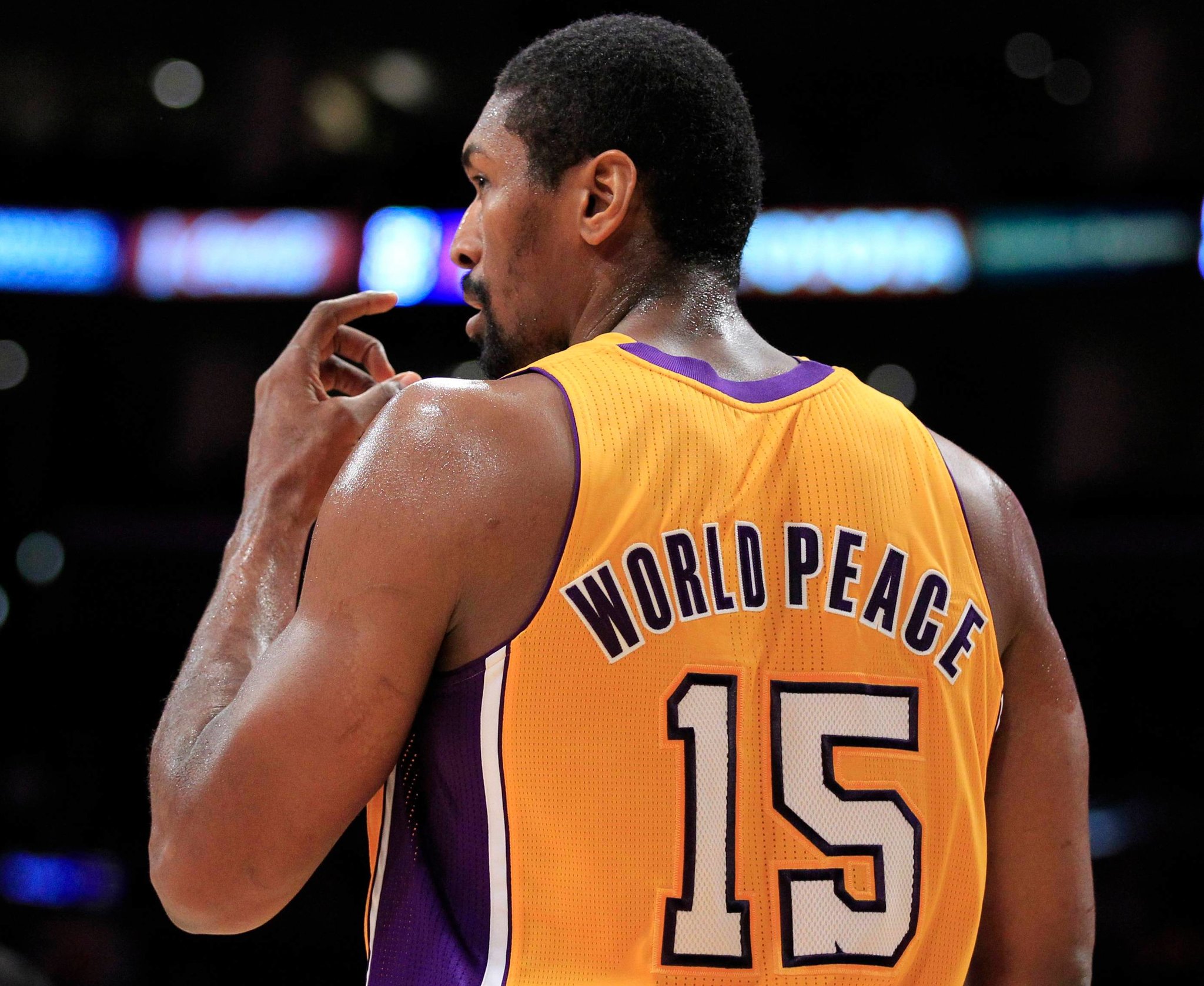 Last but certainly not least, there is also the three "old" guys coming straight out of the Alamo City that are looking to get the bad taste of seeing an NBA title slip through their collective fingers.

So Spurs’s fans, do you think the Black Mamba will slither his Lakers into the playoffs? Or is the Knicks newest player just full of it?