When the Dallas Mavericks heard Jason Kidd was going to sign with the New York Knicks, there was a level of optimism (in public anyway) that Dallas might be better off with a 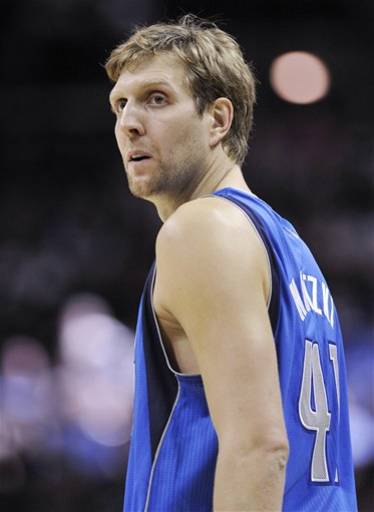 younger point guard to run the show next to star Dirk Nowitzki.

After all, Kidd isn't close to the player he used to be. He's slower and forced to become a spot up shooter in the game. Darren Collison and Roddy Beaubois were supposed to be cheaper and younger alternatives to help the Mavericks during this season with a low salary cap and a wish list of signing another superstar to go with Dirk in the offseason.

The best case scenario would be the Mavs becoming a decent team with a piece or two they can sign to a longer term deal and still allowing flexibility and worse case scenario was maybe a second round exit with the likes of Chris Kaman, Elton Brand and OJ Mayo to help the team. What the Mavs didn't figure out is there might be something worse than the worst case scenario and that showed in last night's game against the San Antonio Spurs.

The Mavs didn't just look young or inexperienced, they looked downright horrible. With the exception of Shawn Marion's hustle on both ends of the floor (the stats don't do him justice here) and a returning Dirk Nowitzki, the rest of the team looked lost as if they've never played alongside each other before. You could compare their style of play to a pick up game style mentality while they were playing against a well coached experienced team. Any fan who saw that game will agree, even Dirk shares that sentiment:

Kidd may be slow and his game may not be close to what it was 5+ years ago, but one thing is certain about him: he's one of the smartest players the league has ever had. That's something you can't teach or coach, it comes with the player and his mentality. A cheaper alternative could work, but on a veteran team. The Spurs are a perfect example of this.

When they'd bring in a new piece (whether a rookie or a new signed player), they always had more than enough leadership on the starting unit and in the locker room to help them get adjusted to the team's mentality. As a rookie, Tony Parker came to a Spurs team with Tim Duncan and David Robinson taking the burden off of him in the starting unit when he took over for Antonio Daniels. Manu Ginobili came in the following year with a veteran squad, also featuring Malik Rose and Danny Ferry as with the year before. These two major pieces are still a part of the Spurs' success today and having a great head coach doesn't hurt either.

The Mavs do have veterans on their team, but they're veterans to the league and not the team. Kaman and Brand aren't familiar with how the Mavs and Rick Carlisle want to run the show. All the Mavericks truly have is Dirk Nowitzki and he's barely coming back from a knee injury. What if Dallas re-signed Kidd?

That wouldn't mean they'd be over .500 or on win streaks, but their chemistry and style of play would have an identity and that's what they lack right now. Time will only tell if Dirk can help create one for them and save the season for the Dallas Mavericks.