• The San Antonio Spurs will have a chance to clinch a playoff spot this weekend: 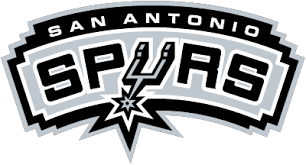 Right now the San Antonio Spurs are at 50-11 for the 2010-11 season, and are 18 games ahead of the two teams tied for the ninth seed (Phoenix Suns and Utah Jazz). The magic number for the Spurs is now just three, meaning three Spurs wins, or a combination of Spurs wins and the other two teams posting losses, would clinch a playoff spot for San Antonio. There is still a ways to go to figure out their seeding, though, as the Dallas Mavericks are on a very nice winning streak in the Southwest Division. (associatedcontent.com)

• Spurs coach and 2011 Western Conference All-Star coach Gregg Popovich had a “stirring” speech to the West All-Star rookies. Here is what Minnesota Timberwolves and first time All-Star Kevin Love had to say about Popovich’s speech:

Spurs coach Greg Popovich led the meeting, and he was pretty funny. He said, “Guys, we’re gonna go out and have fun. We’re not really gonna run any sets. We’re gonna get up and down. And all of you are gonna play a lot and get good minutes-except for probably Russell, Blake and Kevin. You guys are all f–ked.” (sbnation.com)

• With a possible NBA lockout next season and the CBA still not agreed upon by the owners and player’s union, it seems former Spur Robert Horry says NBA players should take less money:

“The players will hate me for saying this, but yeah – I think they probably should get less,” Horry told MVP at an NBA Fan Zone event in west London.

“When you have the fans, the people buying the tickets, going through hard times – and they can’t do anything to earn more money – then to see these players getting paid so much must be hard.”

“When we had the lockout before, the League was at a peak – there were guys like Jordan, Olajawon, Malone. And it hurt the NBA. So I’m very worried about what might happen if it happens again.

“And you’d think that with something this important they’d be talking all the time trying to work it out. But they [league officials and player representatives] are only meeting once a week!” (mvp247.com)

• Spurs legend David Robinson had this to say about the Spurs record this season:

“Absolutely, I’m surprised,’’ Robinson said of the gaudy 50-11 record of the San Antonio Spurs. “I expected them to be good but the record they have put up is ridiculous. It’s ridiculous. (It’s) unbelievable.’’ (hoopsworld.com)

Hit the jump to read about Tim Duncan’s favorite apps, the impact of bought out players and the Spurs, a former Spur is back in the NBA, the Spurs winning 50 games and more.

• Ever wonder which are Tim Duncan’s favorite apps? Well find out from this video from woai.com.

• Hoops World takes a look at the impact of bought out players and two former Spurs were mentioned:

Brent Barry, San Antonio Spurs: The Spurs traded Barry to Seattle at the trade deadline so they could acquire the toughness of Kurt Thomas. The Sonics then waived Barry, who returned to San Antonio a month later. He played only 13 minutes in two regular season games after his return. In the playoffs he averaged 14.2 minutes in 16 of 17 of San Antonio’s games, averaging 5.2 points on 49% shooting from the field and 46% from three-point range.

• Former Spur Garrett Temple is back in the NBA with the Charlotte Bobcats.

• NBA.com takes a look at the Spurs having another 50 win season.

• DailyHerald.com wonders if the Chicago Bulls can survive with former Spur Keith Bogans and Ronnie Brewer at shooting guard and point to the 1999 Spurs team as an example:

Flip back a few dozen pages in the NBA Guide and there’s another one — San Antonio’s Mario Elie at 9.7 points in 1999. That Spurs team also ran Jaren Jackson and Steve Kerr through the shooting guard rotation.