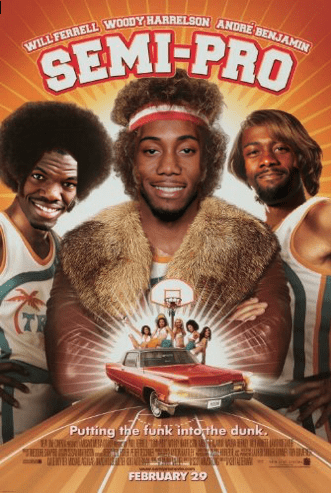 The origin of the alley-oop is debated among basketball historians. Some say Bill Russell’s putback dunks that forced the NBA to make an offensive goaltending rule were the first. Others point to Bill Walton at UCLA, or the Tucker brothers at Oklahoma Baptist in the 60s. Magic Johnson perfected and popularized the play at Michigan State after the NCAA got rid of draconian anti-dunking regulations.

Perhaps the most entertaining origin story of one of basketball’s most exciting plays is from Will Ferrell’s ABA inspired comedy Semi-Pro. Divine inspiration strikes, and Jackie Moon throws a lob to Coffee Black for the dunk, causing confusion and disbelief among all who watched it. “ARE YOU OUT OF YOUR MIND? HE WAS FLOATING!” the San Antonio Spurs coach screams at the referee who reluctantly called it a made basket after much deliberation.

Regardless of who invented the alley-oop, the real life Spurs haven’t had much use for the play over the past 20 years. Head Coach Gregg Popovich is such an old school basketball purist/curmudgeon that he doesn’t even like the three-point shot. However, he recognizes it as an effective and important way to score points. Maybe he’s starting to view the alley-oop that way too.

San Antonio attempted three oops in 2013, converting just one for a made basket. Through 26 games this year, they have attempted 22 and made 20. At its core, the alley-oop is a timing play where the ball handler passes to a cutting teammate for a layup. Coach Pop probably likes these elements of the play, but might be less keen on the parts that make it more challenging to execute. The cutter needs to leap at exactly the right moment, and the pass needs to be almost perfect.

However, the Spurs now have the personnel to make this difficult play look easy. With athletic dunkers like Kawhi Leonard, Jonathon Simmons, and Dewayne Dedmon on the roster, there are suddenly more opportunities for these exciting scores. All three of those guys jump out of the gym, and the skilled passers in San Antonio are getting better at throwing on-the-money lobs when the time is right.

Dedmon is a particularly effective finisher of alley-oops. He’s a fantastic leaper who scores an elite 1.33 points per possession as the roll man, and his teammates are starting to realize that they can just toss it up to him near the rim and he’ll throw it down with authority. In the win against Boston, Dedmon dunked two lobs from Davis Bertans and one from Tony Parker.

When asked about it postgame, Parker joked that he hasn’t had a guy that jumps like that since the verticality-challenged Tim Duncan. “I miss the Timmy lobs, and Dewayne is fulfilling that.”

Seriously though, the Spurs haven’t had a big man this athletic in a long time.

Many of these alley-oops come in the flow of the offense, as players see Simmons or Dedmon running through an open lane to the basket and throw the pass near the rim because they know that’s where they want it. The cutter points to the sky, and the lob comes.

Coach Popovich is even drawing up plays to get alley-oop looks, like this one where Dedmon frees Simmons with a screen and Simmons slams home Patty’s lob.

The alley-oop is flashy, fun, and difficult to execute, which probably means Pop hates it. He’d never admit it, but it does more than just put two points on the board. A successful alley-oop can give a team an emotional boost while demoralizing the opponent, and we saw that happen in Phoenix. Take this 50 foot dime from Kyle Anderson for example.

Dedmon beat the entire Suns team to the rim, and Slo-mo chucked a half court lob right on the money. Kyle threw this gutsy pass down six, and it started an 18-4 run to close the first half. It’s impossible to attribute all of that to just one play, but it wasn’t the only time in this game that an oop sparked a huge run for the Spurs.

Aldridge’s screen freed Kawhi for a cut to the basket, and Gasol threw the pass the only place he could: to the rim. Again, look at the score. Not only did this slam put the Spurs back in front, it completely shifted momentum in the game. This one started a 19-3 run including that bucket, extinguishing the Suns en route to victory.

The play disoriented the young Phoenix team as they started to force things on offense and miss assignments defensively. At the same time it seemed to energize the Spurs and get them into a rhythm on offense, as they passed well and shot almost exclusively in the restricted area in the fourth quarter with a lot of confidence.

Despite their 21-5 record San Antonio has struggled with certain things, namely ball movement and energy early in games. Coach Pop might be able to kill two birds with one stone by drawing up some more alley-oop looks to get his team going out of the gate. It won’t be Lob City, but it seems like there’s more room for exciting plays in Fundamentalville.