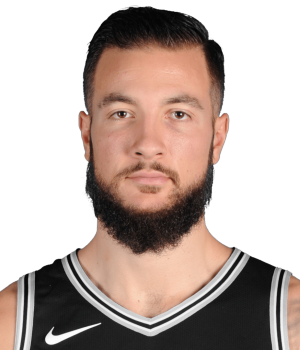 Tuesday, the San Antonio Spurs announced center Joffrey Lauvergne will be out for Wednesday’s game against the Miami Heat, as Lauvergne has been diagnosed with a sprained right ankle.

The injury occurred Monday evening during the Spurs’ win over the Toronto Raptors. Lauvergne joins Kawhi Leonard (right quadriceps tendinopathy) and Tony Parker (left quadriceps tendon surgery) on the Spurs’ injured list, and the team announced all three players did not make the trip to Miami for Wednesday’s game against the Heat.

With Lauvergne out, the Spurs’ frontcourt is trimmed a bit with just LaMarcus Aldridge, Pau Gasol and Davis Bertans. Kyle Anderson and Rudy Gay might get more minutes at the 4, and there’s always the chance the Spurs could choose to use the new 2-way contract and bring in Matt Costello from the G-League.