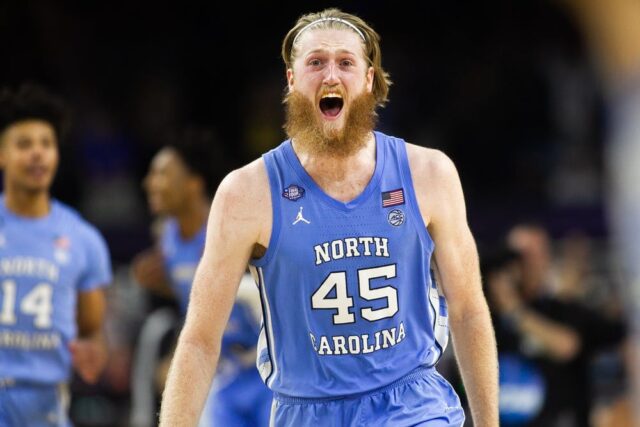 The San Antonio Spurs have once again laid waste to everyone’s carefully thought-out plans for them to tank and get a top draft pick. They are about to burst the Lakers’ playoff bubble and will still have plenty of draft capital to get that top pick if they want it. However, this week’s prospect is likely a second-round pick as of now in UNC’s Brady Manek.

The 6-foot-9, 230-pound forward is an excellent shooter and even resembled Larry Bird at times over the course of his career. Both in looks and how he shoots the ball from deep. Now he will graduate and undoubtedly enter the draft. Here is how he has looked this season on a run to a national title game.

Manek has been a key cog in the UNC engine all year, especially because the Tar Heels did not run deep at all. He can shoot the ball from deep, score via off-ball motion, and won’t be a negative defender. He will likely emphasize to teams how good of a shooter he is as that is unquestionably his greatest strength. He can shoot from deep and can get his shot off over so many defenders because of his height.

Defense is likely to be the biggest struggle for Manek as he does not guard well in space and has trouble keeping up with quicker players. However, he can defend a bit in the post and isn’t afraid to throw his body around when needed. He showed that during the National Championship game and NBA teams will undoubtedly take notice.

While the defense is an obvious issue for Manek, the offense is quite the opposite. That is what will get him his foot in the door for the NBA. He will have to clean up his free throw shooting, but everywhere else he shoots is great for him. He’ll be able to show scouts and front office personnel plenty of shooting highlights from his time at Oklahoma and UNC. And that should be all he needs for now as a potential late first-rounder or early second-rounder.