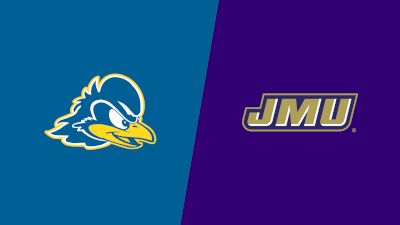 The Delaware Fightin’ Blue Hens will face off with the James Madison Dukes on Saturday afternoon in a battle of CAA foes.

Delaware is coming off a 34-17 loss to Stony Brook in their last outing. The Fightin’ Blue Hens are averaging 21 points per game and the Dukes are allowing 15.

For James Madison, quarterback Cole Johnson has 1,571 passing yards and 15 touchdowns compared to one interception this season. He’s gone 140-of-199 passing to go along with Latrele Palmer’s team-high 274 rushing yards.

Defensively, Delaware is giving up 142.5 yards per game on the ground and the Dukes are running for an average of 181.2 rushing yards. Which could see the difference of the game be in the area of the running game for both teams.

This game will come down to a few things: first, the offense for both clubs. Can Delaware get their running game going against a tough defense like James Madison? On the other end, can James Madison manage to score and get in front early, allowing their defense to keep things difficult for the opponent?

In the end, this one looks like a win for James Madison. From the play of the quarterback to their defense on the ground, the Fightin’ Hens will have a difficult time on Saturday afternoon.