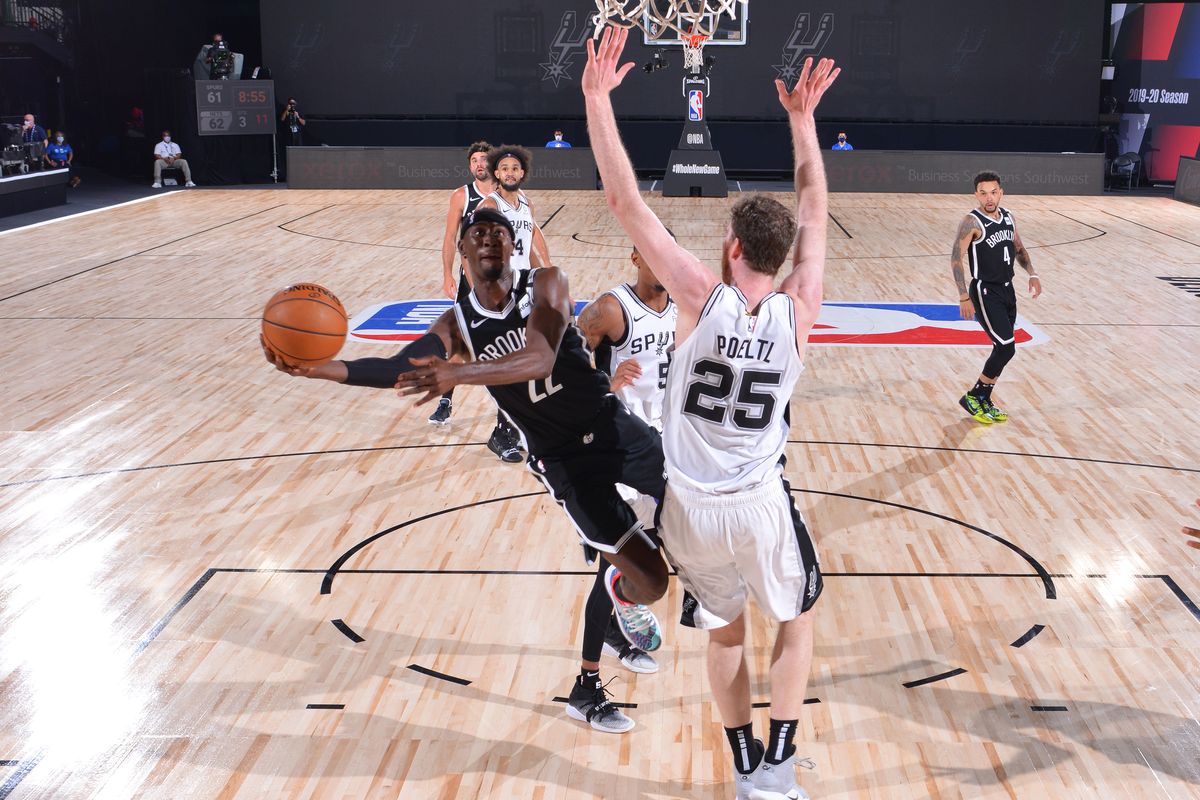 Here were some of the main quotes from Poeltl from the press conference.

On re-signing with San Antonio

“I’m super excited, I’m really excited about the outcome,” said Poeltl. “I think I got a really good deal with the Spurs.”

Poeltl said going into free agency he didn’t make it a priority to re-sign with San Antonio, because he first wanted to see all the options he had out there.

“I felt like the past two years were very successful for me,” said Poeltl of his last two seasons with the Spurs. “I tried to see what the Spurs would offer me and what other options were.”

Poeltl said his short term goal is to become the Spurs’ starting center.

“Yes, I definitely think so,” said Poeltl of wanting to be the starting center. “That’s my short term goal, is to grow my role.”

He mentioned hoping to start “in the near future.”

“There was some conversations about my role and what the team was going to do in the future,” said Poeltl when he was having negotiations with the Spurs.

Poeltl said while he enjoyed getting to be one of the key bigs for the Spurs in the restart bubble play with LaMarcus Aldridge out due to injury, he realized when he was in foul trouble how much different an expanded role can be.

“I think for me there was some ups and downs,” said Poeltl of being the main big in the restart. “The foul trouble, me just not being used to having being used to a lot more minutes.”

“More reps and a bigger role like that,” said Poeltl is how he can adapt to that type of responsibility going forward.

Going forward with the Spurs

Poeltl said he’s glad to be back with his teammates, especially because of the level of defense the younger players displayed in bubble play.

“The cool thing about this group is we all bring something to the table,” said Poeltl.

“There was some conversations going on over the summer obviously with my teammates and it wasn’t too much about business, like we kind of keep that to ourselves I guess more or less,” said Poeltl. “I did have some conversations with Derrick (White) for example about upcoming years and what could be and what we could do together. But, like I said, I think for the most part it was a decision for me and my family and my close circle. It wasn’t too much us getting each other to stay and plan our future or anything like that.”

Something notable is White and the Spurs have until December 21 to come together on an extension if that’s what both sides want. If not, White would become a restricted free agent next summer.

“I think the sky’s the limit for us,” said Poeltl of the Spurs defensively. “I think we have a lot of guys who are willing to guard. I think our defense was one of our biggest improvements compared to the regular season.”

He said he could see the team, “make it a big deal to get stops on defense,” during bubble play.