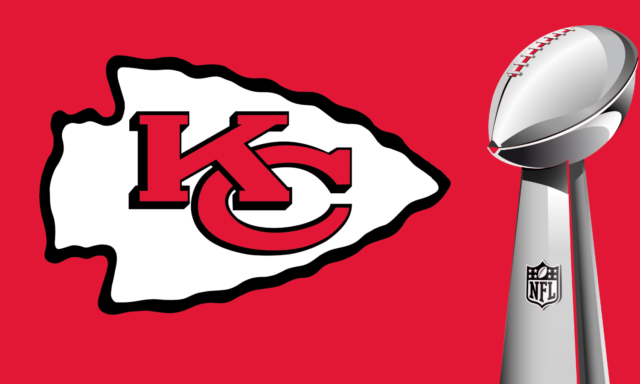 After a Week 1 thrilling victory against the Cleveland Browns, the Kansas City Chiefs stumbled out of the gate. They lost four of their first seven games then won nine of their last 10 matchups to finish the season. Now they’ve advanced to the AFC Championship game. The Chiefs will host the conference’s play-in game for the Super Bowl for an unprecedented fourth consecutive year.

At the DraftKings Sportsbook, the Chiefs are the odds favorite to win Super Bowl LVI at +125.

Just one game away from appearing in their third straight Super Bowl, the only team in their way is the one team to defeat them down the stretch this season. The Cincinnati Bengals are in the middle of a magical postseason run. Kansas City is favored by seven points to win the AFC this weekend. That’s a figure you could further capitalize on with DraftKings using promo code TPPN for the latest special.

In the Wild Card round, Joe Burrow & Company won the franchise’s first playoff game in 30 years. Last week they knocked off the top-seeded Tennessee Titans. Two big-play offenses, the Week 17 contest between the Bengals and Chiefs was decided by a field goal. Here are three factors (and plays) that can help Kansas City back to the Super Bowl with a win on Sunday.

In their first contest on January 2, 2022, the Bengals’ defense put the clamps down on the Chiefs’ star players, especially Travis Kelce and Tyreek Hill. The pair combined for just 65 yards and a touchdown on 11 receptions. For Kelce, his 25 yards was his second-lowest receiving total of the season. If he and Hill can combine for more than 200 yards on Sunday, then quarterback Patrick Mahomes must really be cooking. He had 259 total passing yards in the first game, out-paced by Burrow’s 446 yards on just four more attempts.

McPherson was mentioned as one of the key three pieces to how the Bengals can pull off a Super Bowl title this year. In the first matchup between these two squads, he had seven total kicking points. The most important three came from the walk-off 20-yard field goal as time expired to get the victory. If the Chiefs are able to keep him from being a major factor in this one, a victory should be guaranteed. Getting the over on 6.5 total kicking points against the Chiefs won’t be difficult. That is at least two field goals and an extra point. If you’re pulling for the Chiefs to win, however, putting a little down in the hopes of it coming true could make Kansas City’s victory even sweeter. DraftKings has the field goal figure for McPherson favoring under 1.5 tries at -130.

In the first game between the Chiefs and the Bengals, Burrow’s stellar performance was topped off by the fact that he didn’t throw an interception. Forcing a turnover from the second-year quarterback is the key to defeating Cincinnati. DraftKings believes that Burrow will throw an interception, favoring the over 0.5. The Bengals were 4-5 in games where he threw at least one interception in the regular season. Of course, forcing more than one interception is the absolute key to the Chiefs advancing and sending Cincinnati home. The Bengals were 0-4 in games where Burrow threw two at least two interceptions. If you’re pulling for Kansas City, cash in on the over.