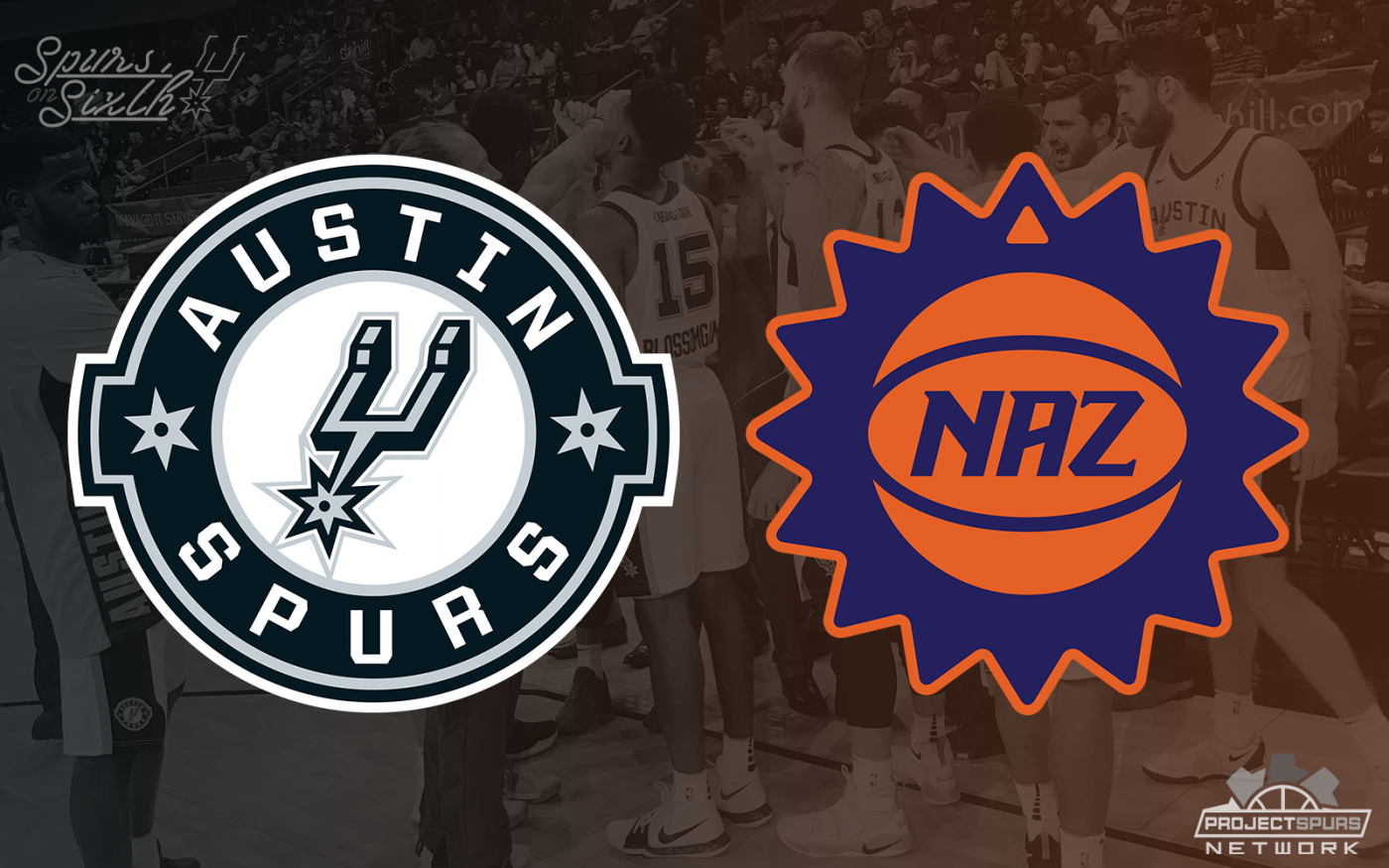 PRESCOTT VALLEY – A blistering shooting performance in the second half helped lead the Austin Spurs to victory as they defeated the Northern Arizona Suns, 101-98, on Tuesday night.

Darrun Hilliard was on fire for the Spurs as he finished with 38 points, eight rebounds and four assists. His two-way counterpart Matt Costello dominated on both sides of the ball as he recorded a double-double with 12 points, 12 rebounds, four assists and five blocks. Nick Johnson took advantage of a bigger role with Olivier Hanlan’s departure, as the veteran point guard had 14 points, eight rebounds and five assists. And finally, Jeff Ledbetter added 10 points off the bench.

For the Suns, Derrick Jones Jr. had a double-double with 23 points and 10 rebounds. Xavier Silas finished with 24 points seven rebounds and three steals. Askia Booker and Mike Young both ended up with 11 points each.

The first quarter was atrocious for both teams, as the Spurs and Suns managed to shoot a combined 31 percent from the field, for a total of 38 points.

Both teams would exchange baskets throughout the second quarter resulting in the Suns maintaining a 45-42 halftime advantage.

Coming out for the second half, the Spurs did a great job of sharing the basketball and increasing their defensive intensity. But nothing compared to Hilliard’s third quarter performance as the forward scored 18 points in the period to give Austin an 81-73 lead heading into the fourth.

The Suns eventually spoiled the Spurs comeback by taking a 98-95 lead with less than 90 seconds to go, but failed to score another basket down the stretch as the Spurs held on for a final score of 101-98.

Up next for the Austin Spurs (6-3) is a date against the Sale Lake City Stars (0-6). Tipoff is at 7:30 p.m. on the G League’s Facebook page or in person tomorrow from the Lifetime Activities Center – Bruin Arena