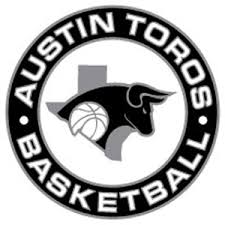 The Austin Toros (22-28) managed to snatch defeat from the jaws of victory in a double-overtime offensive showcase Saturday night, capping off an up-and-down season. Texas pulled away the second overtime, winning 134-128.

“You’ve got to give Texas some credit because we kind of had the game in control,” head coach Brad Jones said. “We missed some free throws and they made some tough three pointers, but you’ve got to give them the credit for not quitting. But at the same time, we gave them some life by missing some free throws and having turnovers down the stretch.”

The Legends had everything to play for. A win meant they were in the playoffs, while a loss ended their season. The Toros had nothing riding on this one in terms of the postseason, yet they found themselves up 108-100 with about a minute left. That’s when the wheels came off.

Booker Woodfox made a three on the Legends next possession. Then, Texas trapped the Toros and came up with a steal and found Justin Dentmon open for a trifecta to make it 109-108 Toros with 15 seconds left.

After four clutch Aubrey Coleman free throws, the score was 113-110 with less than 10 seconds left. That’s when Rashad McCants saved the Legends season by hitting a three-pointer to tie the game with four seconds left. McCants had 28 points on the night.

Leo Lyons’ potential game-winner rimmed out, and Marcus Cousin could not control the tip in and this one was headed for an unexpected overtime period.

The extra period mirrored the end of regulation for the Toros. When Toro-for-a-day Danny Green (on loan from the Spurs) knocked down an open three, Austin was leading 118-113 with 1:40 left.

A 5-0 Legends run tied it at 118, before Coleman, who led the Toros with 30 points, made a three. That put Austin up 121-118 with nine seconds left. That’s when lightning struck again. Woodfox, who only played ten minutes on the night, made his second cold-blooded three of the game with two seconds left, tying the score.

Squeaky Johnson’s three at the buzzer looked good out of his hand, but hit the front of the rim, sending it into double overtime. This was the third home game to go into double-overtime this season, and second against the Legends.

Austin got up 127-123 on a Johnson three, but then the Joe Alexander show resumed. Alexander was two for two from the field and three for three from the foul line in the second overtime.

Given the turnover in the D-League, Jones’ post game talk with his players was also his farewell speech to many of them.

“I told them that the goal in this league, whether you win a championship or not is we make them feel like they’ve gotten better,” he said. “That’s the goal of our staff. Everyday we come to work trying to help them get better, while at the same time winning some games. Hopefully they feel that way. We didn’t meet all of our team goals, but hopefully they met some of their individual goals.”

One player that already has a taste of the NBA is Green. On Saturday, Green was one of six Toros in double figures, with 19 points and seven rebounds.

“It was an exciting game for the fans,” Green said. “But if you’re a Toro, you’re pretty disappointed because we had the game won multiple times at the end, but we couldn’t just close out.”

Even though Green had virtually no time to practice and get acclimated with his team, he felt pretty comfortable.

“Given the short notice, I felt like things clicked pretty well,” he said. “I’m not the type of guy to come in and just put up a bunch of shots and force the issue. I know they have some things going here. So I just wanted to keep their chemistry flowing and play a small role and just knock down open shots for them and help them on defense hopefully.

“If they need me to do something, then yeah, but tonight, they really didn’t need that. They have some guards that can get in the paint and make some things happen.”

Green will now look to help the parent club down the stretch run as they try to snap their losing skid.

“I believe I’m going back to the Spurs tonight, we play Phoenix tomorrow, and we’ll see what happens from there,” he said. “Hopefully we can break the losing streak, so we’ll see what goes on. (The big guys) are all healthy and we’re playing better.”

Lance Thomas, who suffered a seizure on court last Saturday, was courtside cheering on his teammates.

“I feel fine,” Thomas said. “The hit I took was pretty bad at the moment with what happened, but I feel fine now. I have to wait a little bit until I have clearance from the doctors. From the standpoint of day-to-day from when it happened, I feel fine.”

Thomas said once he receives doctor’s permission to resume full-contact basketball, he will decide his next basketball move. He hates having to sit out and said this one was especially tough to watch.

“I hate watching period,” Thomas said. “Just to watch a nail biter like that, it was tough, especially when you want to get out there and help. I’ve been a part of this team since the beginning of the season, so it’s hard to watch my guys out there without me.”

Nevertheless, he was proud of his guys.

Thomas is one of the Toros young up-and-comers with dreams of playing in the NBA. Jones would love to see all his guys fulfill their professional aspirations.

“I hope all these guys end up in the NBA or oversees making 50 grand a month, so hopefully none of them are back because they’re all making a gazillion dollars,” Jones said. “Having said that, I really like this group we have right now and obviously if it fit in their career path, then we would love to have them come

Jones, who was talking with Spurs GM R.C. Buford and VP of Basketball Operations Danny Ferry after the game outside the locker room, will take the next few days to do some exit interviews and start planning for the summer.

“We’ll see what the Spurs want from us and what we have to do as a staff,” Jones said.

Overall, Jones said his first season with the Toros was both fun and disappointing.

“At times (I had fun),” Jones said. “Every year, there is a challenge. It was a little bit more of a challenge this year with all the roster turnover. Not being able to fulfill the team goals of winning more, I’m very disappointed about, but in the midst of all the fight is a lot of fun. Sometimes you just don’t get the outcome you desire.”