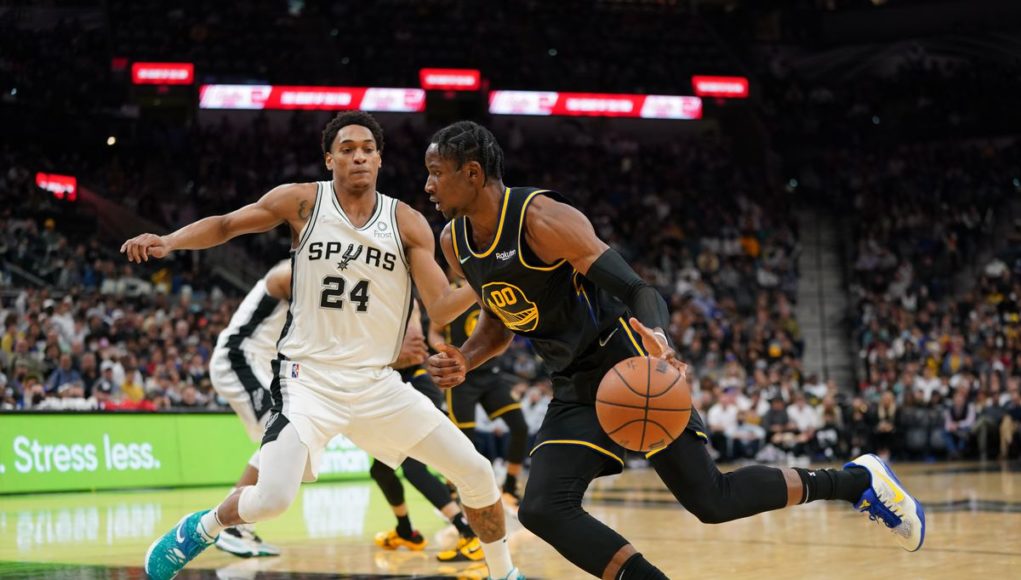 SAN ANTONIO — The San Antonio Spurs hosted the depleted Golden State Warriors at the AT&T Center on Tuesday night but fell 124-120 despite holding a double-digit lead.

The result saw San Antonio stay 12th in the Western Conference and 2 1/2 games behind the Portland Trail Blazers for the last play-in spot in the conference.

In case you missed it, here are three points from the Spurs’ loss to Golden State:

The San Antonio Spurs led by 17 points in the second half against a Warriors squad missing Stephen Curry, Klay Thompson, Draymond Green, and Andrew Wiggin as they all sat out the second night of a back-to-back.

However, the depleted Warriors fought back in the fourth quarter, outscoring the Spurs 35-16.

Damion Lee had 21 points for the Warriors and Moses Moody added 20.

Dropping the easy one

As Popovich said, mistakes would be the thing to cost the Spurs the win. Dejounte Murray led the way for San Antonio with 27 points, nine rebounds, and nine assists.

However, San Antonio just could not hit a basket in the fourth quarter, and combined with their turnovers and getting outrebounded, it was a recipe for disaster.

“Yeah, it’s frustrating, because it’s always right there,” Murray said. “How many times I get up here, or any player gets up here, and be like “oh we’re right there?” It’s frustrating because we do fight hard from beginning to end.”

The one thing the Spurs can do is move forward from the loss. The thing about a young squad is they are learning as they go and eventually these losses will turn into wins.

“It’s just that execution, that discipline, trying to get over that hump and win the basketball game,” Murray said.

The San Antonio Spurs are now 19-33 on the season and will return to the court on Thursday to welcome the Houston Rockets to the AT&T Center at 7:30 p.m.