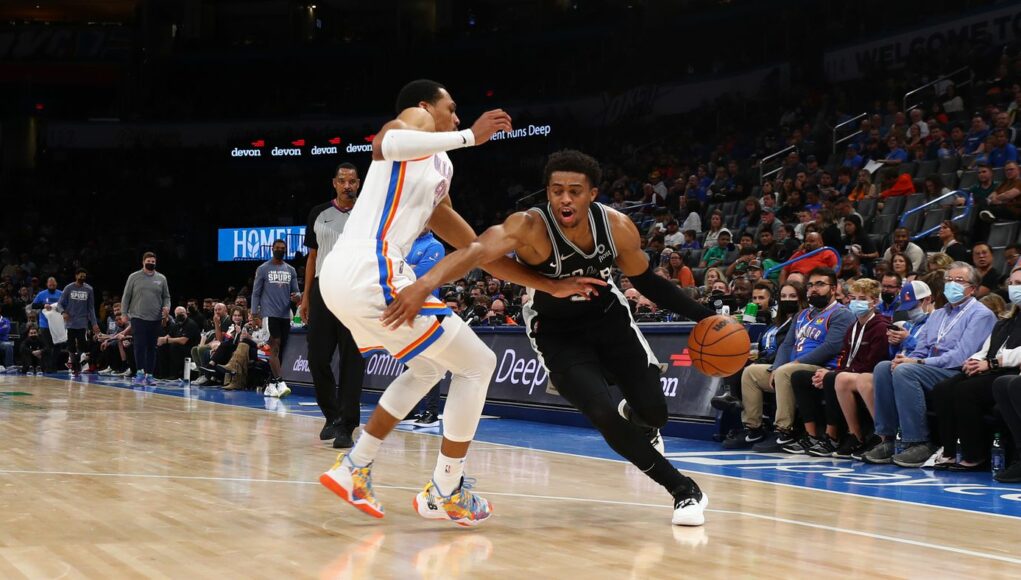 The San Antonio Spurs closed out their pre-All Star schedule with a 114-106 victory over the depleted Oklahoma City Thunder at the Paycom Center on Wednesday night.

The victory moves San Antonio above .500 on their “Rodeo Road Trip” and is their 23rd win of the season.

Here are three points from the Spurs’ win on Wednesday:

The San Antonio Spurs used a balanced attack in their win over Oklahoma City on Wednesday, having six players in double figures.

“We wanted to go into the break on a high note. We knew we had to take care of business and just keep our foot on the gas,” Johnson said.

For the first time since trading away Derrick White, the San Antonio Spurs’ newest player got some time on the court.

Josh Richardson scored three points and went 1-for-4 from the field in 14 minutes of action.

“I think he could help us a lot. He makes good reads. He plays good defense as well. He’s an unselfish player,” Poeltl said of Richardson.

The San Antonio Spurs go into the All-Star break just two games behind the Portland Trail Blazers for the final play-in spot in the West and they’ve made no secret their goal is to slide in there the second half of the season.

“We’ve all got the same mindset, we want to go out there and win some games,” Johnson said.

The San Antonio Spurs will now go into the All-Star break with a 23-36 record and will return to the court next Friday against the Washington Wizards to resume their Rodeo Road Trip.