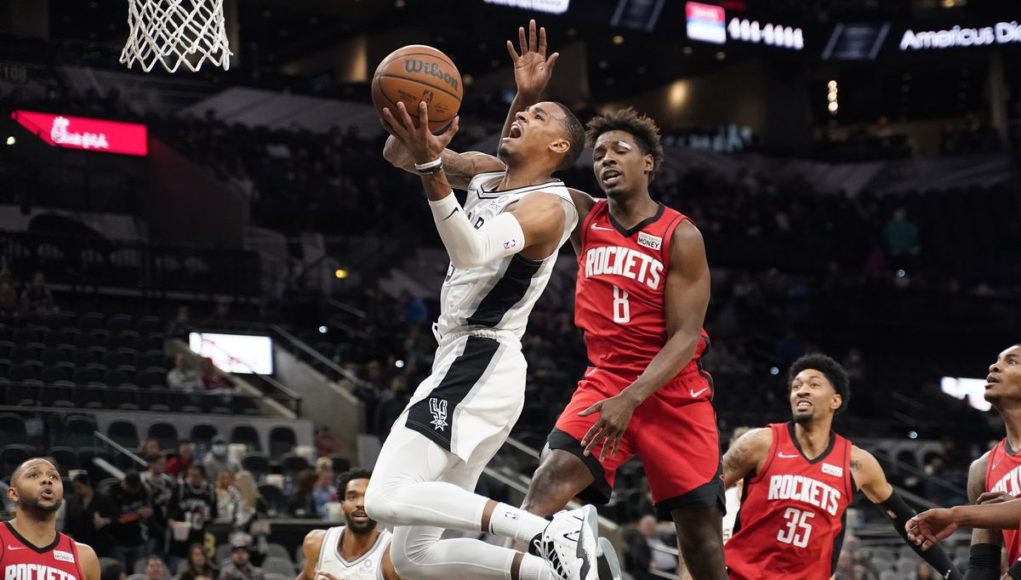 SAN ANTONIO — The San Antonio Spurs returned home after a seven-game road trip but couldn’t cure their losing woes as they fell 128-124 to the Houston Rockets at the AT&T Center on Wednesday night.

The loss is the fourth straight for San Antonio, who dropped to 12th place in the Western Conference and are a game and a half out of the tenth and final play-in spot.

“We are making a lot of mistakes, but every team makes mistakes,” Spurs coach Gregg Popovich said. “We just can’t afford to make as many in our situation. Giving up 39 points in the first quarter makes it pretty difficult, and you’re digging out of a hole all night.”

Here are three points from the Spurs’ loss to the Rockets:

Dejounte Murray gave the Rockets all they could handle, scoring a career-high 32 points to go along with 11 assists and 10 rebounds in a triple-double. Keldon Johnson added 18 points.

“He’s an All-Star,” Johnson said. “He’s playing amazing, he’s doing amazing things for us, and anything you can ask, he’s doing it for us. Big-time basketball. I think Dejounte Murray is definitely an All-Star.”

There’s no doubt COVID-19 has had a lingering effect on the San Antonio Spurs, which had them missing six players over the course of the road trip. This has led Head Coach Gregg Popovich to not know who is putting in the lineup until right before tipoff.

“It’s crazy times right now, but we’ve been in a few games where we could’ve won,” Spurs guard Bryn Forbes said. “Brooklyn, this game, a couple others; those would’ve been big wins if we would’ve pulled those out without everybody, because when we do get back to full strength, we’ll pretty much have the whole team that’s already had it.”

The San Antonio Spurs are now 15-26 on the season and will return to the court on Friday night to face the Cleveland Cavaliers to begin a back-to-back set.