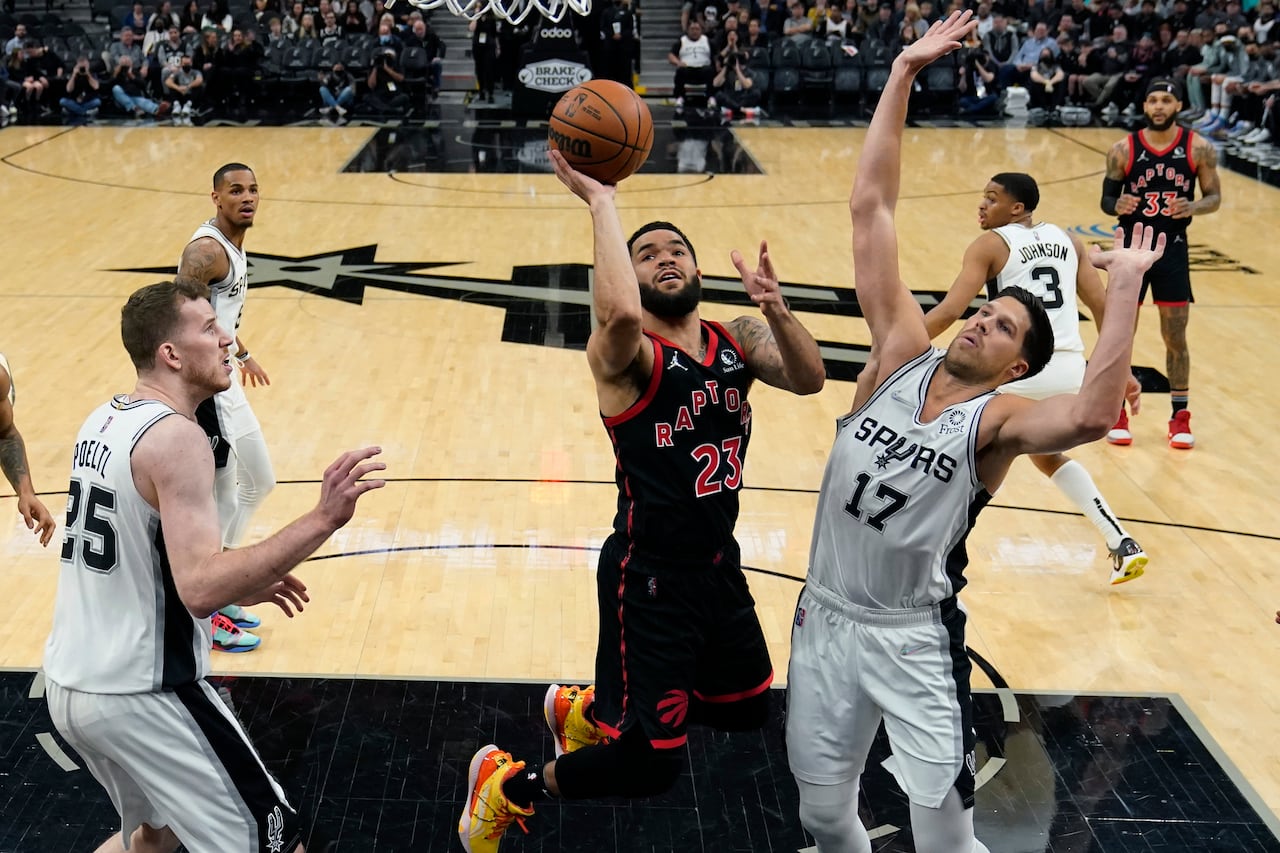 SAN ANTONIO — The San Antonio Spurs continued their seven-game homestand on Wednesday night, falling to the Toronto Raptors 119-104 at the AT&T Center.

The result sees San Antonio remain two games behind the New Orleans Pelicans for 10th in the Western Conference and delaying Gregg Popovich‘s ascension to the top of NBA history.

Here are three points from the Spurs’ loss to Toronto:

With Pop on the verge of history, the Raptors did not want to be the team that helped him reach NBA glory, so there was an extra pep in the step of the Toronto squad.

Let by Fred VanVleet’s 26 points, the Raptors pulled away in the fourth quarter, delaying Pop’s historic win for at least one more night.

”Obviously, we have a competitive pride and professional pride,” VanVleet said. ”With as much respect to Pop and what he’s been able to do in his career, we didn’t want to be the team that he won against. So, that was a little bit of added motivation.”

Toronto went on a 9-0 run to change the course of the game after Dejounte Murray left the game with an injury only to return later.

”I thought we played them well until we got that one stretch in the third quarter,” Popovich said. ”They scored nine in a row, and that really changed the game. Having Dejounte out for that period right after, that didn’t help. But they did a great job on the board, we turned it over too much, 22 points off turnovers and they were tough to stop.”

Other than Pop’s record, the Spurs are looking to sneak into the playoffs and get a spot in the play-in game. With Wednesday’s loss, San Antonio is 12th in the West with 16 games remaining and 2 games behind New Orleans and 3 1/2 games behind the Los Angeles Lakers.

The San Antonio Spurs are now 25-41 on the season and will return to the court on Friday night to welcome the Utah Jazz to the AT&T Center at 7:30 p.m.