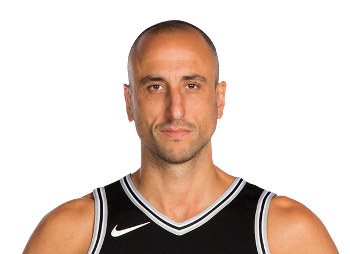 While San Antonio Spurs fans may be ready to start the new season off on Wednesday, unfortunately Spurs guard Manu Ginobili is not.

Ginobili sat out of the final preseason game on Friday against the Washington Wizards and will not travel with the team to New Orleans for their season tipoff against the Hornets, according to News4WOAI's Don Harris.

Coach Gregg Popovich told News 4 WOAI Monday afternoon, "He’s not going to travel to New Orleans and we’re going to assess him again on Thursday, He still feels his back. He tried to get on the court today and he couldn’t do it.”

Ginobili has been suffering back spasms for the past few days.

The Spurs still have not ruled out Ginobili playing in the home opener Thursday against Oklahoma City.

With Ginobili out, Nando De Colo could see some extra playing time on the floor in spot minutes at both guard positions. The Spurs could also use Patty Mills more at backup point guard and slide Gary Neal over to backup Danny Green.

The Spurs tip off against New Orleans at 7 p.m. on Wednesday.