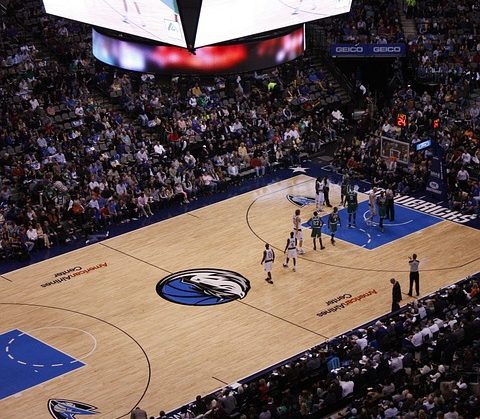 In the first quarter, the San Antonio Spurs had it strong. However, the team fell short in the second, thus, plummeting to the Dallas Mavericks 115-104 in their first match without LaMarcus Aldrige and the first game back from the NBA All-Star break.

According to Gregg Popovich, the Spurs head coach, the team played well and hard. The problem was that there were a lot of mental mistakes. Plus, some uneven performances and flow offensively.

At intermission, the San Antonio Spurs led 59-52, which was their biggest lead of the half. Thanks to DeMar DeRozan’s 3 steals, 8 assists, and 14 points. Did you miss the tight game between the Spurs and the Mavericks? Worry not! You can find out here for the complete recap of the game.

The Spurs’ opening score was produced by Demar DeRozan, challenging Kristaps Porzingis for a contested layup. From deep, Keldon Johnson failed to score. However, Demar DeRozan elevated and cleared it from the corner.

Additionally, in the first few minutes, Demar DeRozan pulled up and cleared a shot from mid-range. Moreover, Dejounte Murray found Jakob Poeltl pulling from in between for a close shot. In the game’s early moments, the Spurs took a 4-point lead. However, the Mavericks managed to tie the scores at 11.

Dejounte Murray boarded up a steal. Even so, Keldon Johnson lost possession of the ball with a charge in transition. Instead of dunking it, Jakob Poeltl went up soft. Thus, missing the chance to score and going back to the line where he has scuffled.

Nevertheless, Poeltl hit both. Hence, tying the score at 13. Demar DeRozan finished a complex layup after stealing the ball. The Mavericks lead by three points. However, Demar DeRozan bolted a steal and passed it to Lonnie Walker on the other side for a three-point shot.

Coming off the bench, Patty Mills hit a mid-range and three-point shot as Luka Dončić collapsed the defense. For a triple, Demar DeRozan found Rudy Gay, and Patty Mills scored another three-pointer. After the first, the Spurs led 32-27.

The Mavericks opened the second quarter on a 9-2 run as Luka Dončić threw an alley-oop. Following that, Luka Dončić performed a pump fake and then did another alley-oop. After that, he passed the ball outside for a three.

Dallas took a two-point lead (36-34), and San Antonio took a timeout. Furthermore, Luka Dončić obtained two more assists. However, Derrick White charged into him and made him furious. Thus, getting a technical foul.

After picking up his third foul, Keldon Johnson sat on the bench and Rudy Gay came back in the court. Jakob Poeltl and Dejounte Murray cooperated to play hard defense. After that, Dejounte Murray guarded Poeltl for a layup.

Lonnie Walker came back to the court, finding and driving Jakob Poeltl for a dunk, taking the lead. Moving on, Rudy Gay cleared his third three-pointer of the match and Demar DeRozan hit a long two-pointer, beating the shot-clock buzzer. San Antonio took a 7-point lead into halftime (59-52).

The Mavericks opened the third quarter on a 13-2 run behind Porzingis and Dončić. However, San Antonio answered with an 8-3 run to tie the score at 68. DeRozan missed a lot of free throws in the third quarter.

Also, he almost secured a steal and transition slam. Unfortunately, DeRozan could not manage it after crossing the passing line. Tim Hardaway’s dunk gave the Maverick a one-point lead heading to the last quarter (87-86).

Patty Mills put the Spurs up 88-87 by coming off a screen. However, Patty Mills failed to hit his next long-range shots. Thus, Dallas acquired their ninth offensive board, allowing for more second-chance points.

The Spurs failed to hit 10 shots in a row and collapsed in a 10-point gap with more or less two minutes left on the clock. San Antonio lost the fourth quarter and finished their first game 115-104, without LaMarcus Aldridge.

Before the Spurs versus Mavericks game, the head coach of the San Antonio Spurs announced that Aldridge and the Spurs had decided to part ways. Also, they are looking for trade opportunities for LaMarcus Aldridge. The absence of the 7-time All Star might be part of the Spurs’ defeat against the Mavericks. Even so, the team showed off a strong defense and great offense. Do you want to bet for the Spurs, make sure to find the best betting tips site?