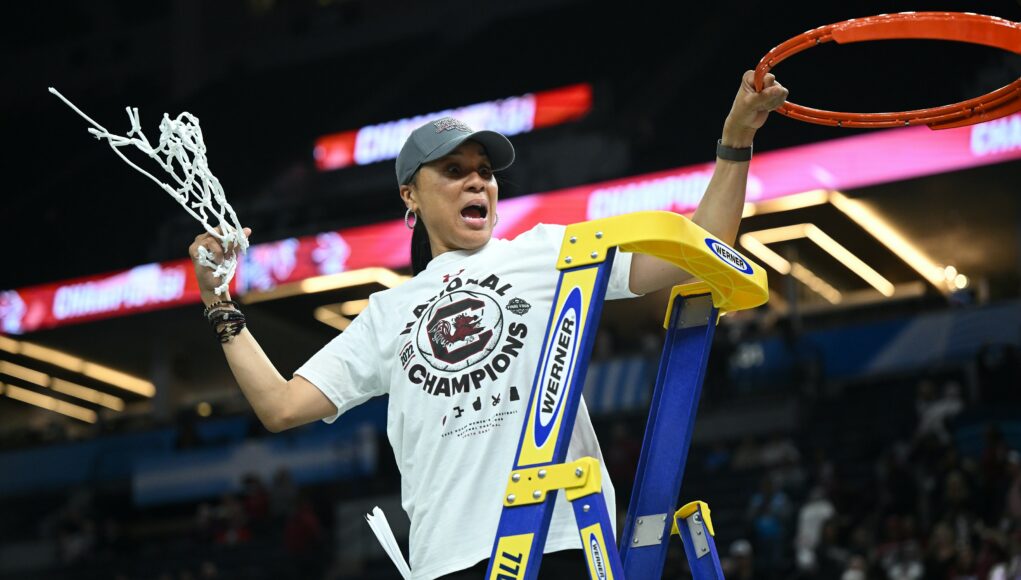 As San Antonio Spurs Head Coach Popovich continues to add to his historic win totals, fans have been left wondering who will take the reins.

Fans were certain Assistant coach Becky Hammon would eventually fill the role and we would go from the all-time winningest head coach to the first female head coach in NBA history.

I mean c’mon Hammon led the Spurs Summer League team to a title and served under Pop since 2014 while also being a staple on the Spurs sideline for eight seasons, so why would the organization not fight for her to stay or make her the “head coach in waiting”?

When it was announced that Hammon would become the next Head Coach for the WNBA’s Las Vegas Aces, Spurs fans had a plethora of emotions, and to some, they felt the franchise did her wrong.

However, despite losing her, I feel there could be a light at the end of the coaching tunnel for the next replacement, and here is why.

Analysts, experts, armchair GMs have all pointed to Head Coaches Quinn Snyder, Bill Self, Jay Wright, Ettore Messina, as possible replacements, who I feel because of their accomplished resumes it would be an easy fix for a successful organization transitioning towards the future to bring any of them in.

However, I’m here to tell you that if you think outside of the box, there is a coach out there who could surprise some fans and is someone who not only brings experience but as a player.

Now before I give my reasoning, I just want to clarify that those coaches above would be fine candidates to replace Popovich, but this replacement has a decorated career and can break barriers if chosen.

Let’s start off with their success as a player:

Based on her player resume, you realize that having success on the court can easily translate to paying dividends towards understanding your player’s emotions, mindset, and skills in certain game moments. This coach can not only help develop the Spurs players’ attributes but keep their mental game focused and help them understand the game.

Also, given their international success as a player, it brings a whole different aspect since they can relate to some of the international players that have made their way through the AT&T Center, and create an advantage towards developing a dynamic system on both ends of the floor.

Lastly, before we shift towards jumping to their resume as a head coach, the only flaw you could likely nitpick is they didn’t win a major championship as a pro, but did Pop win a title as a player?

So now you may be thinking that they can ball, but can they coach? Well, let’s see if their resume qualifies.

As a coach, their accomplishments are:

Maybe have we left something off? Yes, we have, because there are so many more accomplishments to list, and I could go on for hours about how decorated they are.

But if we add both their player and coaching resume, shouldn’t our mystery coach be qualified to be a replacement for the Spurs?

If you compare our coach to Pop, you see that our candidate has 22 years of experience in coaching compared to Pop’s 26 years, and they have only missed the NCAA Tournament just three times, which is the same number of times that Pop has missed the NBA Playoffs.

Granted, once Pop took over the reins from former Spurs Head Coach Bob Hill, he benefited from the NBA Lottery balls falling in the Spurs’ favor and getting Wake Forest Power Forward Tim Duncan to San Antonio.

Now that doesn’t mean I’m trying to diminish the highly accomplished career that Pop has had to lead his teams into multiple winning seasons, but it was evident that he took the franchise from bottom-feeders to champions, and our candidate has done the exact same.

So, does that mean they could be the perfect replacement for the Spurs?

Well to me they could, but nothing is guaranteed in the NBA coaching world.

Yes, I agree, that Hammon, who could have been the first female NBA coach in league history, was a very accomplished assistant coach who had familiarity with the organization, and shared a great connection with the players.

However, the Spurs got beat by the Aces to the finish line on getting her a head-coaching job, and that’s on them.

But with our candidate the franchise can still make history and keep the team building towards the right path and for those who haven’t figured out who it is just yet, then I’m telling the Spurs Front Office to just make a call to Dawn Staley.