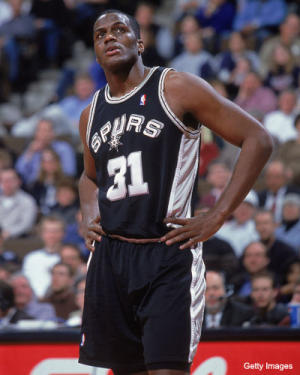 Former San Antonio Spurs power forward Malik Rose was one of the most respected players on the team with his hustle and energy on both ends of the floor.

Now a Philadelphia 76ers' commentator for their games, Rose still keeps tabs on his former team and teammates who are on their final run for the franchise's fifth championship.

On what's the most important issue for the team's title dreams, Rose told Hard 2 Guard Radio:

They’re always going to have that nucleus with Tim, Tony and Manu- those guys know the system and they know each other…they do a good job of surrounding those guys with good role players.  Guys, who do one or two things but do them well; like Gary Neal or Matt Bonner.  The real key with San Antonio is how healthy are they going to be come April, May and June.  That’s kind of been their Achilles heel for the last couple of seasons.  As their health goes, they will go.

That's a statement that Spurs fans will whole heartedly agree with. Unlike last year, this Spurs team had a whole training camp and preseason to learn each other's games on the court and how to put each other in situations to succeed. Boris Diaw, Stephen Jackson, and Patrick Mills were players who came in late in the season and were still looking to get comfortable with their teammates and that's what ultimately cost them the series against the Oklahoma City Thunder.

The Spurs appear healthy right now and they are playing like a championship caliber team.

Currently at 27-9 before their matchup against the New Orleans Hornets, they've blown out teams with ease with the exception of a few like the recent game against the Houston Rockets.

San Antonio has played extremely well despite their lopsided schedule filled with back to backs early in the season and they haven't been strangers to two set of back to backs (four games in five days) either. If the Spurs can keep playing at a high level at the end of the season with an easier schedule (especially in March where they play 14 games and only two of them are away), Spurs fans will have more reason to believe in Malik Rose's statement that where their health goes, they go.