Forbes continues to shine for Spurs

There will have been more than a few San Antonio Spurs fans who wrote off Bryn Forbes after a fairly below-par couple of seasons, but the 25-year-old has shown this year just why the Spurs were right to keep faith with him. Forbes has been an ever-present in the team this year, producing some very impressive numbers and proving those doubters wrong that claimed he would never reach the level required to be a regular starter in the NBA. Forbes has been a rare bright spark in an otherwise disappointing Spurs team, one that now faces a very real battle to avoid missing out on reaching the playoffs for the first time since 1997.

For a second straight year, the Spurs endured a turbulent preseason. While last year the issues were with the team’s forwards, with LaMarcus Aldridge unhappy and Kawhi Leonard injury, this season the problems have been with the guards. Danny Green moved to the Toronto Raptors as part of the Leonard trade, Dejounte Murray was ruled out for this season with an ACL injury, and first-round draft pick Lonnie Walker IV was also struck down by the Spurs injury curse.

While it hasn’t been a great campaign for the Spurs so far, currently sitting 10th in the Western Conference standings, they are just 1.5 games out of a playoff spot and, quite remarkably, only 5.5 games from the top spot, highlighting just how competitive the West is right now. That said, the Spurs are +6100 to win the Western Conference with the latest NBA betting, and it’s fair to say there is a significant distance between San Antonio and the likes of the Warriors or the Raptors. 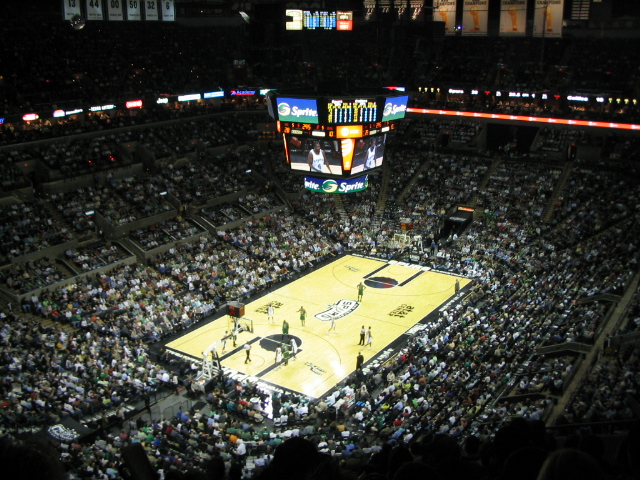 From the field, the guard is shooting a very respectable 44.8 percent, higher than his career 42.3 field goal percentage. But it’s from the perimeter where Forbes really impressive. For the first time in his career, the Michigan-born player is shooting over 40 percent from deep, taking 4.9 3-point shots per game, and making 2.0 of them. Not bad for a point guard who was third in line at the start of the season behind Murray and Patty Mills, and certainly quite surprising for a player who went undrafted in 2016.

While it remains to be seen whether Forbes has the tools to compete with the best in the league come the business end of the season, for the time being he has stepped up and taken his chance, giving himself the best chance of keeping his place in this starting line-up.