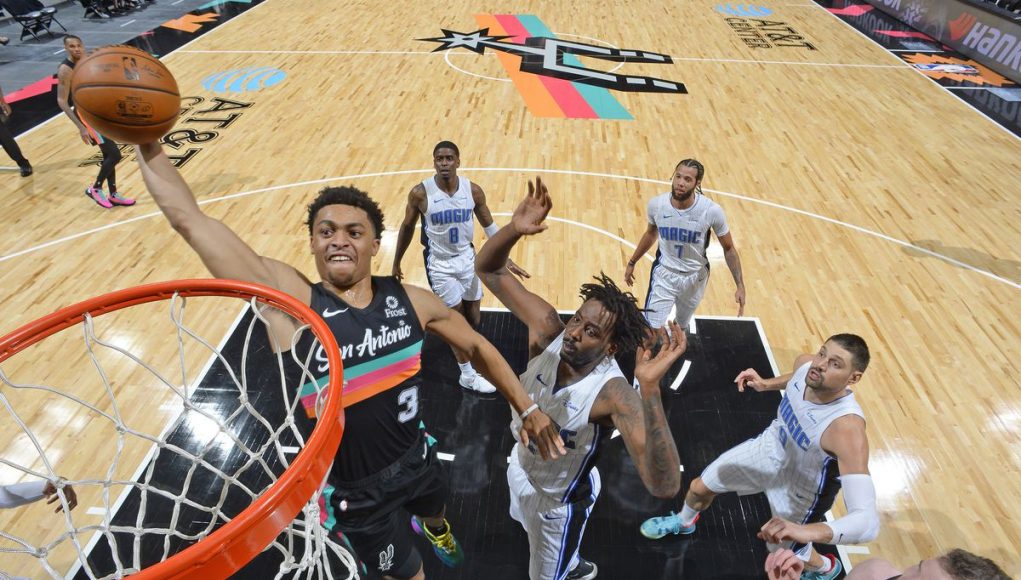 SAN ANTONIO — The San Antonio Spurs welcomed fans back to the AT&T Center for the first time in a year and gave them a treat with a 104-77 victory over the Orlando Magic on Friday night.

The win saw San Antonio rebound from their loss to the Dallas Mavericks on Wednesday night as the Silver and Black began a grueling second half stretch to close out the regular season.

Rudy Gay led the Spurs with 19 points, Dejounte Murray and Derrick White each added 17 for San Antonio, who welcomed back 3,000 fans to the arena.

“He didn’t have his legs in the second half last game, but obviously today he did,” Popovich said of Gay. “He didn’t turn down shots, he was aggressive, his defense was good.”

The Magic were led by Nikola Vucevic’s 26 points and nine rebounds while Dwayne Bacon finished with 15 points for Orlando, who had seven players out injury or illness.

San Antonio came out strong in the third quarter and did not let up, taking a 16 point lead and building on it from there. Overall, the Spurs outscored the Magic 27-25 in the quarter and 30-13 in the fourth quarter.

The Spurs are now 19-15 on the season and will hit the road on Sunday night when they face the Philadelphia 76ers at 5 p.m. from the Wells Fargo Center.