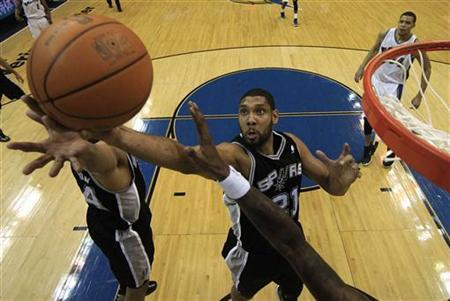 Not only did the San Antonio Spurs pull out the win over the Sixers last night, Tim Duncan hit a milestone in his NBA career.

Duncan finished with 17 rebounds for the game and with that, he passed former NBA big man Jerry Lucas on the NBA career rebounding list.

Heading into the games against the Sixers, Duncan had recorded 12,927 rebounds good for 16th on the rebounding list. With the 17 boards last night, Duncan moved into 15th place with 12,944 rebounds.

In 14th place is Buck Williams with 13,017 rebounds. Duncan needs 74 more rebounds to pass Williams which he will assuredly do this season.