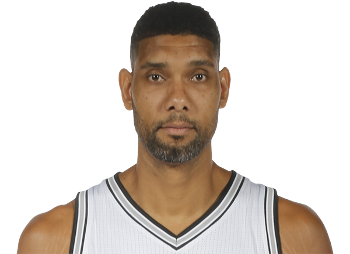 The San Antonio spurs have announced that an MRI today revealed that Tim Duncan does have a sprained left ankle.

Spurs forward Tim Duncan had an MRI today which confirmed that he has a sprained left ankle. He will not accompany the team on its upcoming three-game road-trip (Denver, Portland and Memphis). Instead he’ll remain in San Antonio for treatment and rehabilitation. A timeline for his return has not yet been determined.

With Duncan sitting out against the Bobcats, Tiago Splitter started and also played a bigger role stepping in for Duncan last night. In those two games, he’s averaged nine points, 10 rebounds, two steals and had a blocked shot against Charlotte, with his biggest contribution being a double-double last night.

Expect to see more of Splitter while Duncan is out. The increase in minutes and role for Splitter, while it comes because of an unfortunate injury, is also a welcome one. Splitter has struggled throughout the season save for a few bright spots, but he know looks to be grasping the Spurs system and his role.

That will only help, considering one of the only weaknesses this season has been interior defense and the playoffs are right around the corner. The loss of Duncan could also mean added minutes for DeJuan Blair, Antonio McDyess and Steve Novak.